Boy Dies, One Injured In ATV Crash Near Guthrie 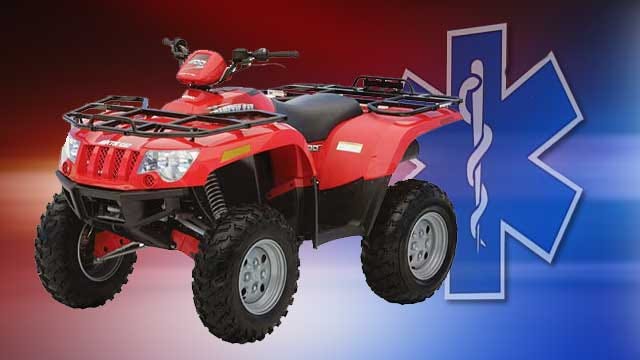 Emergency crews are on scene of a deadly ATV accident just south of Guthrie Saturday morning.

According to reports, the incident occurred just before 10 a.m. in the area of Simpson Road and Kelly.

Authorities told News 9's Steve Shaw that a female was driving with two juvenile male passengers when the ATV crashed.

Construction workers in the area heard the accident and rushed to help. They used equipment to pull the ATV off one of the boys who was trapped underneath. That boy was pronounced dead at the scene, and the other boy was transported to a local hospital.

There's no word yet on the condition of the female driver or the details of what caused the crash.

The names of the victims have not been released.

Boy Dies, One Injured In ATV Crash Near Guthrie