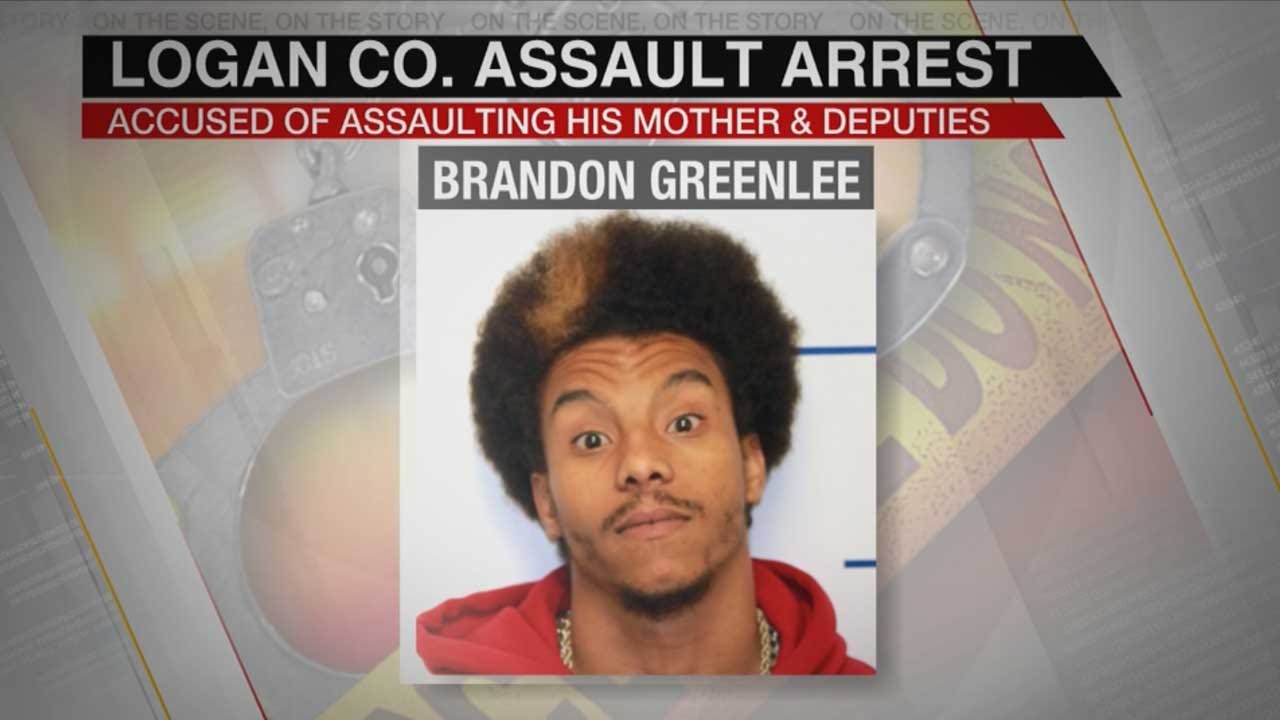 She seemed baffled by her son Brandon Greenlee's behavior.

“Brandon Greenlee is nutting out. He attacked me, tore everything up in the house. He’s trying to bust out all of the f****** windows. Oh my God,” she said to the dispatcher.

The woman told first responders to get there fast, while Greenlee spouted off in the background.

“Oh, wait ‘til I kill them motherf******. I’m going to kill them,” Greenlee could be heard saying. “What’s he saying, ma’am? I can’t understand him,” the dispatcher said. “He’s saying he’s going to kill ya’ll,” the caller explained.

When deputies arrived, they said they witnessed Greenlee push his mom into a ditch.

“The deputies got out of their cars and they began telling Mr. Greenlee to get on the ground. Instead of doing so, he charged after them. As he approached them, he jumped in the air and tried to kick one and strike, physically hit another,” Sgt. Greg Valencia with the Logan County Sheriff’s Office said.

Deputies said they tried Tasing Greenlee, but it was ineffective. And then authorities said he was taken to the ground and into custody.

And others who know him said this whole thing was out of character. “I don’t know what went wrong,” the woman said. She did not want to be identified. “It’s not like Brandon to be in trouble.”

In the 911 call, Greenlee’s mother also said he may have been under the influence at the time.