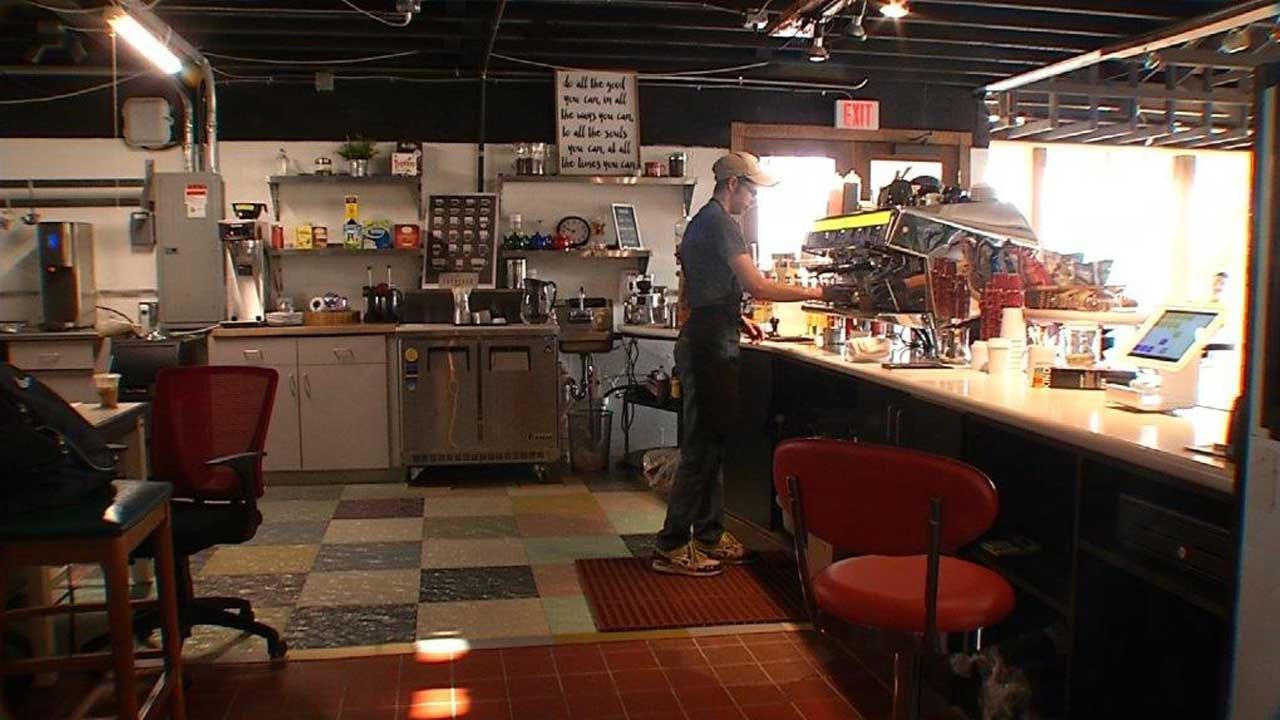 An OKC coffee shop offers a cup of kindness to anyone who walks though their doors on Lincoln Blvd. near the Capital.

For sixth months, The Last Drop has been open in the site of the old Howard Johnson’s. The coffee shop has a mix of eclectic items, but most are music-related.

Owner Stan Engle grew up playing the trumpet and often performs for customers. There is no drive-through and Engle admits he’s in no rush to get customers out the door quickly.

“We'd like them to come in and talk to each other,” says Engle.

His new customers get the biggest surprise when they check out. The Last Drop has no prices on the menu and customers don’t have to pay a thing. Engle says most leave a donation which goes to the non-profit Life Issues Incorporated.

“We had a US marine come in a give us a $100 bill for a triple expresso. How about that Starbucks?” jokes Engle.

Engle hopes the location on Lincoln Blvd will help revitalize the area where there are still plenty of closed down hotels.