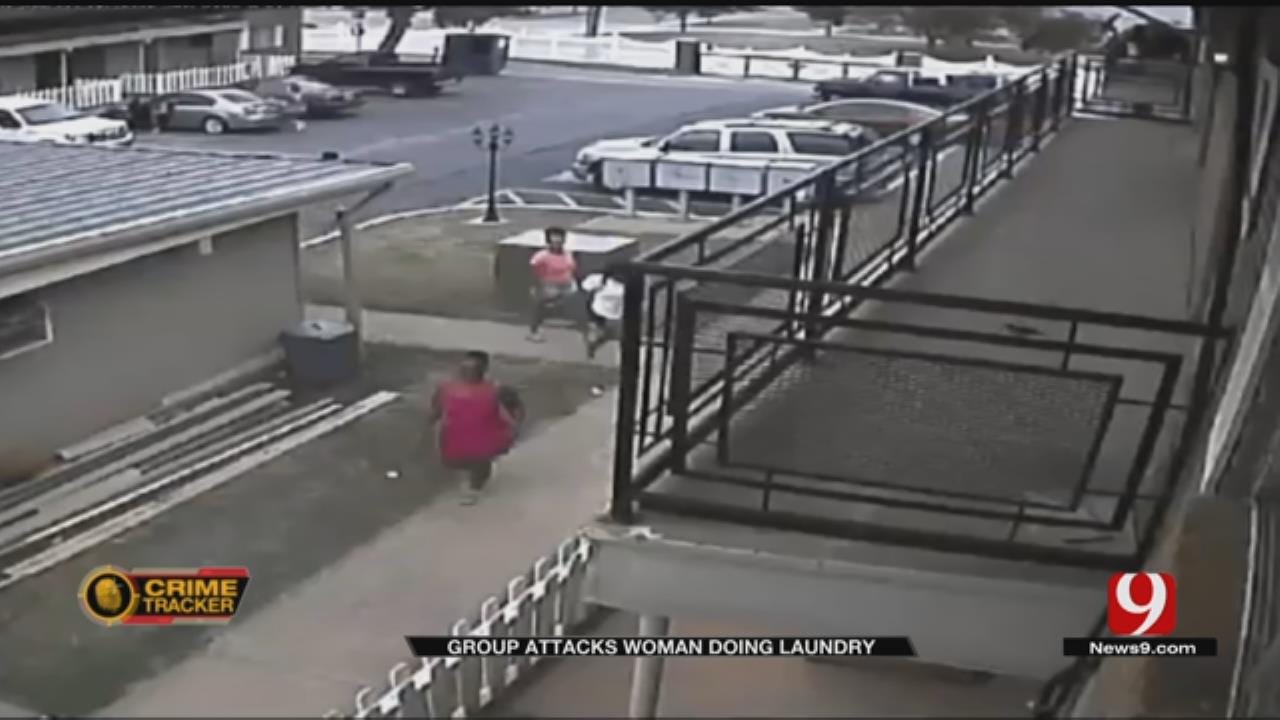 Detectives are investigating a vicious attack on an Oklahoma City woman who was doing laundry. Police said the entire attack was caught on a camera inside the laundry room. Officers are asking for the public’s assistance in identifying the people responsible for the assault.

Investigators said the attack happened around 12:45 p.m. on July 2. The victim walked into the laundry room at the Liberty Station Apartments in Northeast Oklahoma City. As she was doing laundry, six females pulled into the apartment complex in a silver Nissan Maxima.

“Approximately six women or suspects came out of the car,” said Officer Megan Morgan, Oklahoma City Police Department. "Two of them came into the laundry room.”

The main suspect is a woman wearing a dark pink or red dress. The video shows the suspect grabbing the victim and slamming her head into a dryer several times.

“Another suspect comes in wearing a white shirt and we are trying to get these two identified,” said Morgan.

The victim told officers she recognized the driver of the car that the attackers rode in. However, she told police she does not know the women who confronted her in the laundry room or the reason behind the attack.

‘The victim did advise police that following this altercation she went to the hospital,” said Morgan. “She was treated for a concussion and released from the hospital.”

The victim was not only left with injuries but painful memories of the brutal assault. She declined an on-camera interview with News 9, fearing the suspects could come back. She said she was only able to escape the attack by reminding the women of the cameras that were watching.

If you recognize the suspects in the video contact Oklahoma City Police Department’s Crime Stopper tip line at (405) 297-3500.