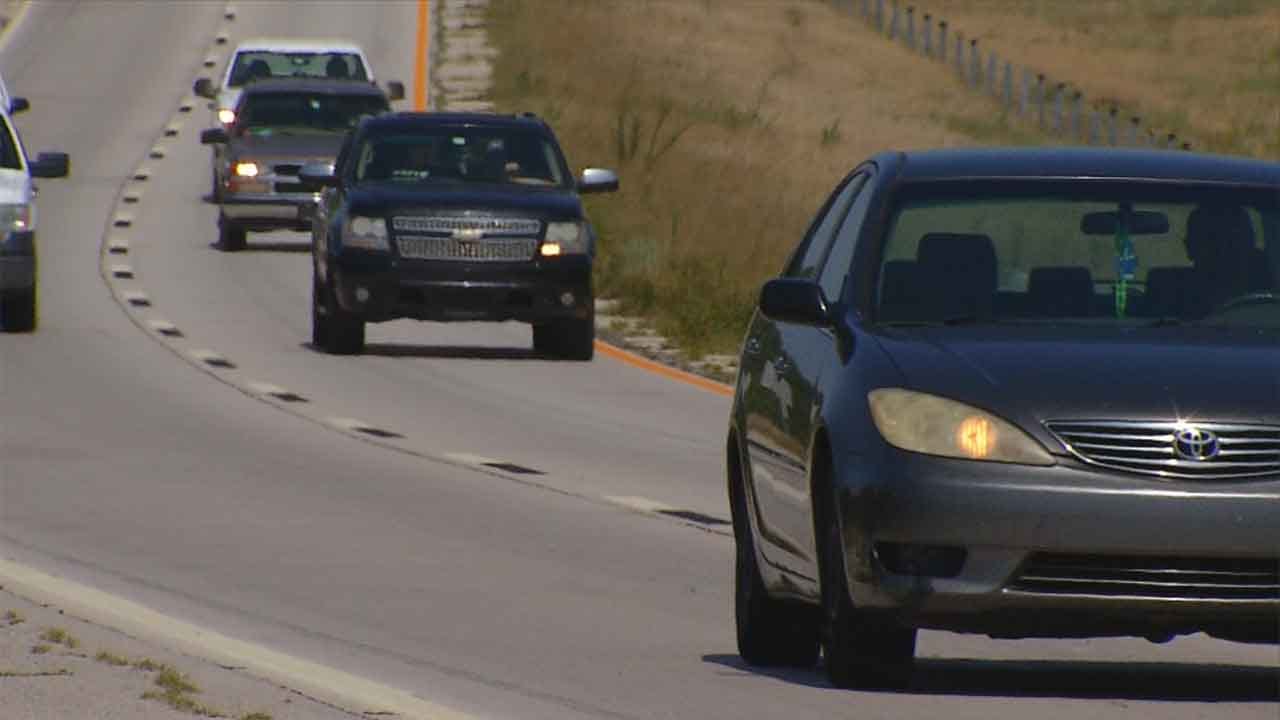 On Oklahoma's busy highways, drivers weave in and out of lanes, some merging and staying in the left lane. But come this fall, a life in the fast lane could end up in a court of law because of a new bill that makes it illegal for drivers to linger in the left lane.

The law is a change to existing driving laws and goes into effect Nov. 1. It only applies to four-lane roads in the state generally that's highways, interstates and turnpikes. On those thoroughfares, drivers routinely reach 75 miles an hour, each jockeying for a better, faster spot in traffic which can make for dangerous situations.

“What that causes is, let's face it, road rage,” Trooper Dwight Durant with the Oklahoma Highway patrol said. “We don't want to admit it, but it does. We know it does because we've taken the calls on it, we've filled out the reports on it. People get impatient. People get frustrated.

Here's what the law says drivers can only be in the left when passing or overtaking another car. After that, they must move right as soon as it's safe. If they don't, they could get a ticket worth up to $235.25.

There are exceptions to the law as well. A driver can stay in the left lane if traffic congestion or flow warrant driving in the left lane or if the road configuration, like merging traffic or left lane exits, require driving on the left side.

There are draw backs to the new law. Drivers will be forced to use the center and right lanes which could cause more congestion and those lanes are often the most used and in the worst condition; something law enforcement knows, which is why they say this law will have more to do with common sense the next time a driver is in the outside lane.

“It's going to be obvious to us what you're doing,” Durant said. “Can you get stopped for it? Yeah. Is a trooper going to write you a ticket for it? Highly unlikely.”