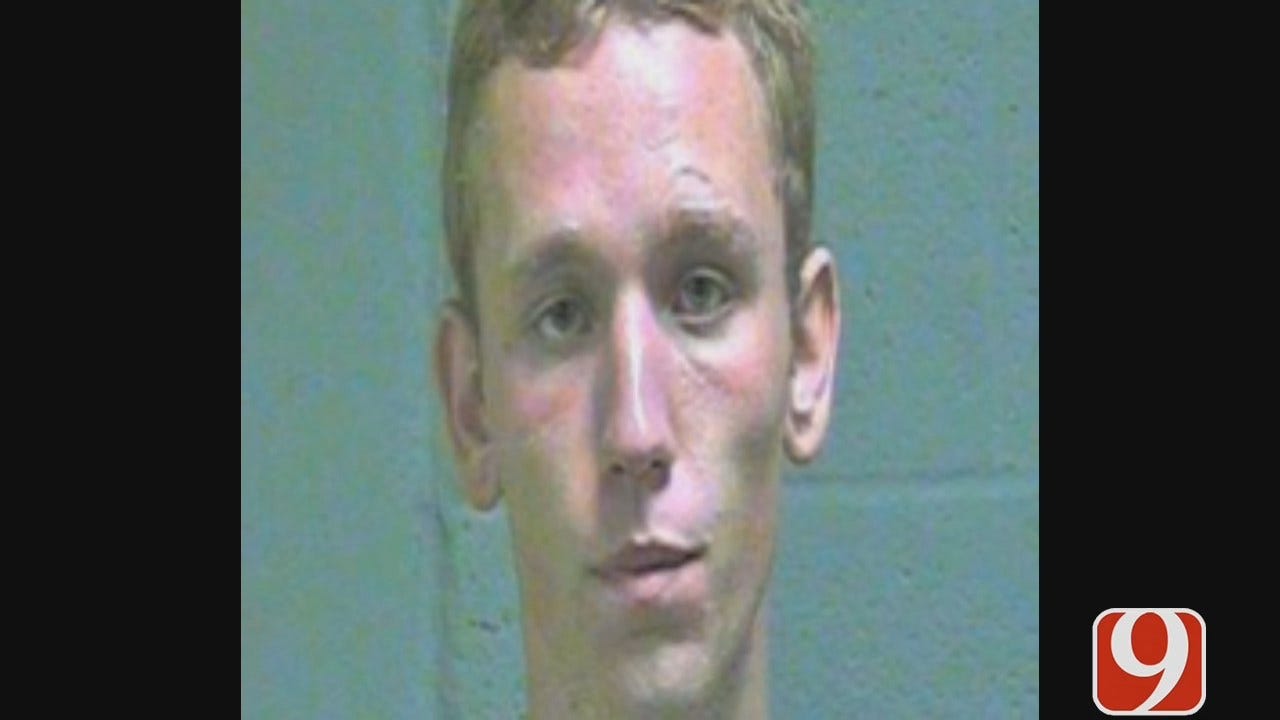 A metro man returned home to find a burglar walking out of his front door.

The homeowner was on his lunch break when he came home to find 21-year-old Theron Barker at the front door, wearing one of his shirts.

“I believe it’s one of my neighbor’s friends or somebody. I think I’ve seen him before. He look(ed) familiar. Caught him coming out of my house,” said the victim.

The homeowner followed Barker to a wooded area near Northwest 5th St. and Rockwell Ave.

“I was in pursuit of him. He just went in these woods over here by Northwest 5th and Rockwell.”

The homeowner waited in a nearby parking lot and watched Barker walk out of the wooded area.

The burglary victim stayed on the phone with the 911 dispatcher.

“OK. What intersection are you close to?”

Police said the victim was able to give the 911 dispatcher a good description and location of the suspect to help officers track the suspect down quickly.

“Something that makes this crime unique is not only that the victim came home and saw the suspect exit his home,” said Officer Megan Morgan, Oklahoma City Police Department. “It’s also that he was able to call police and give unique information that eventually caused the apprehension of the suspect.”

Police said the suspect broke into the home through a back window. Barker took a backpack full of stereo equipment, watches and a cellphone, according to the police report.

Barker was arrested and taken to the Oklahoma County Jail. He was booked on one complaint of second degree burglary.