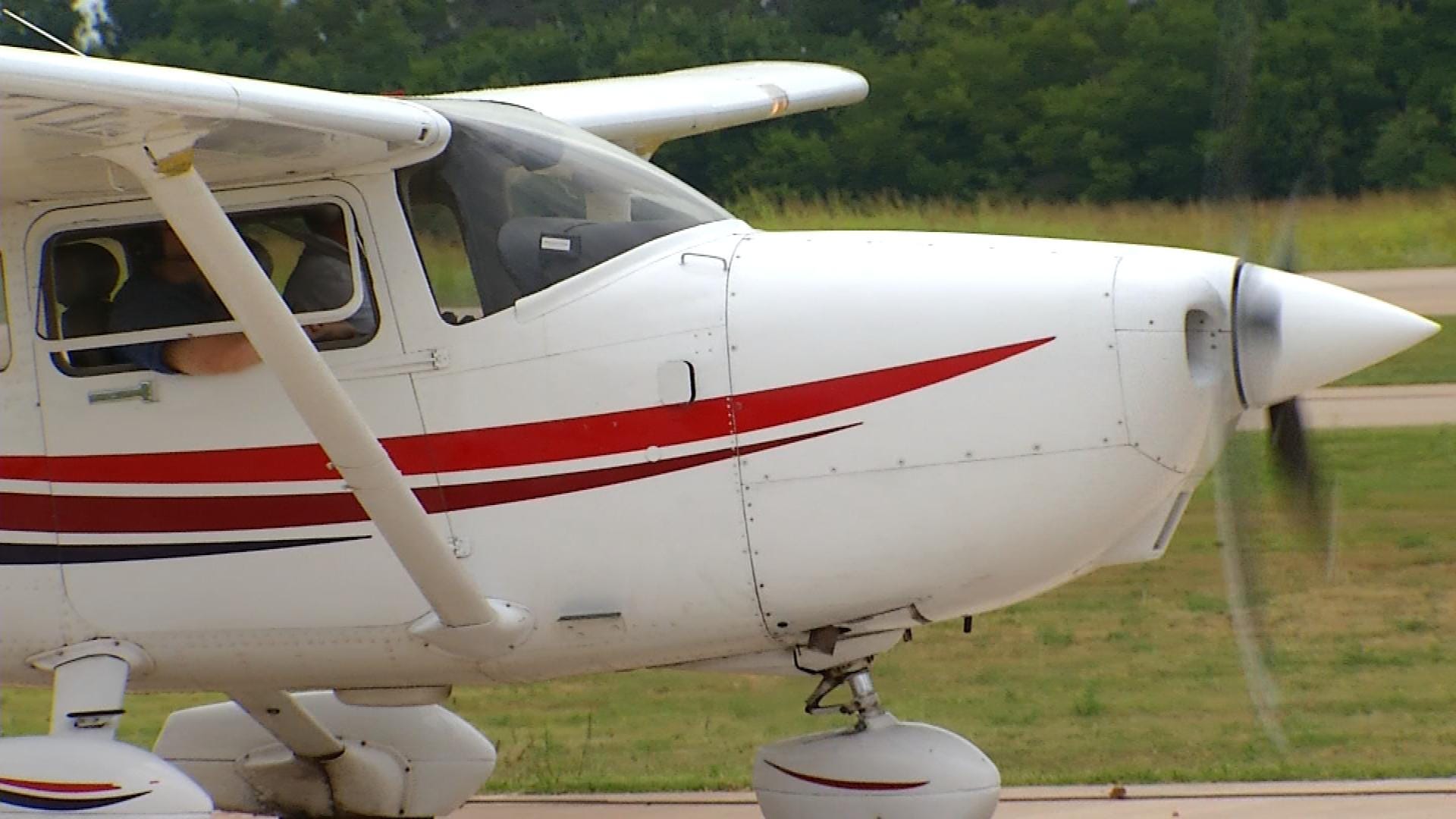 Some Oklahoma pilots take to the skies this weekend as a way to try and get more women involved in flying. Female pilots are few and far between but the Oklahoma chapter of the Ninety-Nines, an international organization of licensed women pilots, is looking to change that.

Angela Drabek, a member of the Ninety-Nines, is fairly new to aviation but she is part of a small majority. Less than 10 percent of pilots in the world are women.

“I always wanted to become a pilot when I was young,” Drabek said. “I moved to Moore in 2011 and met a friend there who was a pilot and she encouraged me and introduced me to the Oklahoma chapter of Ninety-Nines.”

The Ninety Nines was created in 1926, their first president being Amelia Earhart. Their mission is to encourage more female pilots to take flight.

Drabek recently got her pilots license after she was awarded the Wings of the Future Scholarship through the Ninety Nines. She says the adventures she's encountered through aviation are incredibly rewarding.

“I grew up in Oklahoma and I’m able to see the world in a whole new perspective that I’ve never seen before. It's just been an incredible journey.”

Drabek is participating in the Okie Rally, the world's largest proficiency air rally, this Saturday morning at 10 a.m. at Sundance Airport near Highway 3 and Sara Rd. The rally is meant to raise money and continue to encourage more females to become pilots.

“We are actually starting here at Sundance,” Drabek said. “We will carry out the course to Vici, which is in northwestern Oklahoma and then we will come down to Carnegie.”

Pilots predict how much fuel they will use throughout the course and are awarded based on accuracy of their hypothesis.

Drabek said, “It can be hard to predict because of the winds and, obviously, with the Oklahoma winds, we never know what the winds will be.”

This competition is different from any other proficiency rally in the world because the planes have a live GPS tracking device from US Fleet Tracking so spectators can see a pilot's progress throughout the competition.

“It kind of brings that event that’s out there all over Oklahoma here,” Director of public relations and marketing for Sundance Airport Sam Sims said, “so that folks can see it and really participate in it.”

“I think the best part of flying,” Drabek said, “is it really helps you to think outside the box and see things that you’ve never seen.”