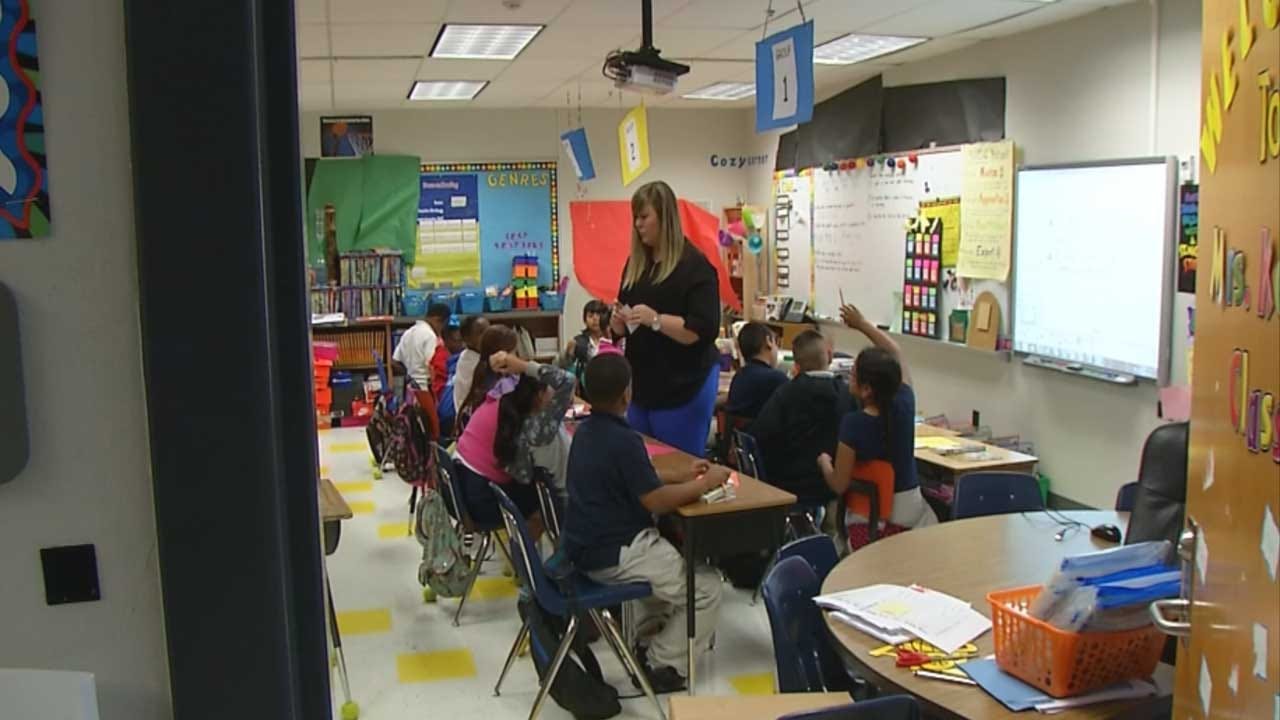 The state teacher shortage is getting worse. That's the word from the state’s superintendents. A recent survey by the Oklahoma State Superintendent’s Association revealed there were still 500 teacher vacancies at the beginning of August.

The OSSBA annual survey of 300 school districts across the state reveals districts reported 536 teaching vacancies as of August 1. In addition, districts have eliminated 480 teaching positions since last school year, and one third of districts anticipate they'll offer fewer courses as a result of the teacher shortage.

“We know over the last five years schools have eliminated a significant number of positions because of funding shortages and not being able to find teachers,” said OSSBA Executive Director Shawn Hime. “So the fact that they continued to eliminate another 500 positions really tells the story of class sizes are going to grow.”

OSSBA started the study the years ago in order to provide lawmakers with hard evidence of a teacher shortage. Now, Hime said the challenge is getting lawmakers to find the money to fix the problem, possibly during a special session.

“Even if a teacher raise isn’t on the agenda during a special session, if they create a budget that gives us a growing long term revenue plan it makes a teacher raise much easier to pass in the spring,” he said.

Here are more findings from the survey:

• Two-thirds of districts reported hiring was much or somewhat worse than last school year.

• More than half of districts said they would increase class sizes to cope with the teacher shortage. Projected average class sizes of 26 or more students were most common at the middle school (20 percent) and high school (21 percent) levels.

• Nearly 52 percent of districts said they may hire retired teachers and nearly 40 percent may hire adjunct instructors to fill gaps.

• Districts also plan to rely more heavily on existing staff by paying teachers to give up their planning period (33 percent) or assigning teaching duties to administrators (29 percent).