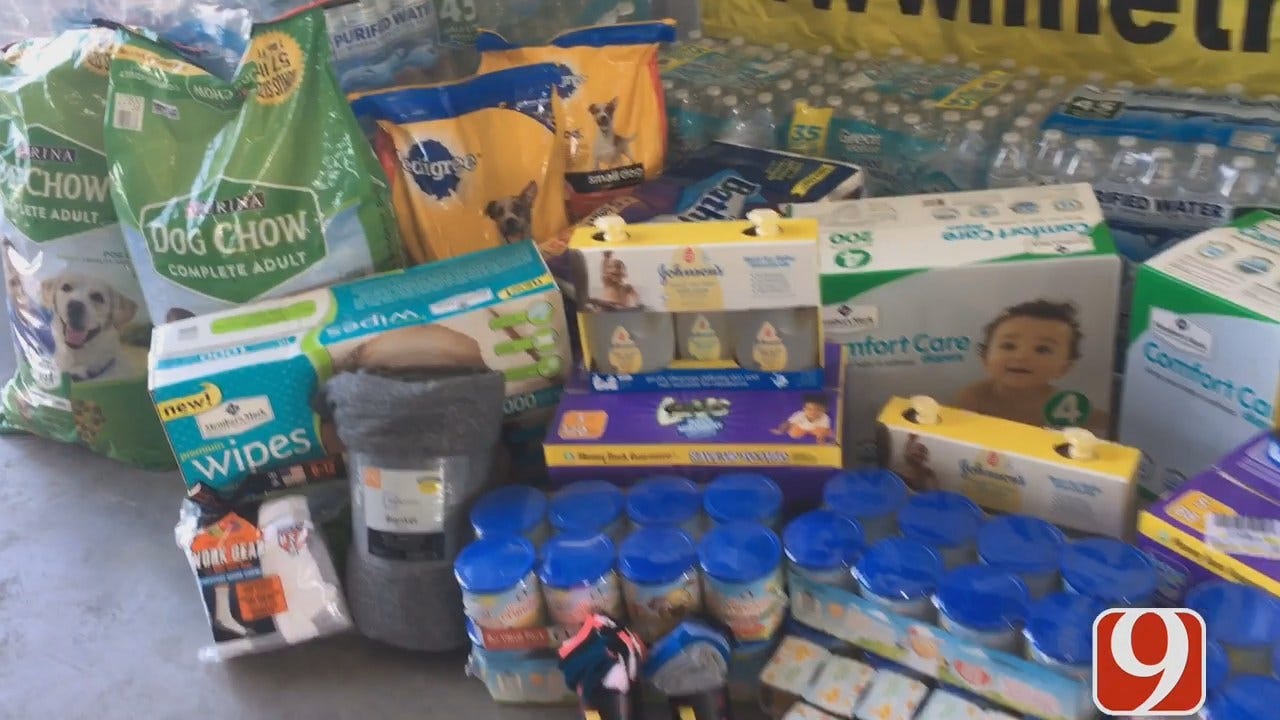 An Oklahoma City contractor and other volunteers plan to drive three tractor-trailer loads of much-needed supplies to one of his hometowns in south Texas.

Shad Davidson grew up in Mustang, but lived in League City, Texas, for a year when he was in high school.

League City is 480 miles south of Oklahoma City, and has been battered by Hurricane Harvey’s floodwaters.

On Facebook Monday night, Davidson posted about his plan to drive a small trailer down to League City with supplies.

“I put a small post on Facebook, just asking if they wanted to send stuff along the way.  And I have never seen anything like this in my life,” he said. “It’s just an amazing testament to everyone in the area man.”

He and other volunteers plan to drive three tractor-trailers full of supplies Friday to League City. He said they plan to leave around noon.

He said Texas authorities are coordinating with him to make sure the truckloads get to League City.

People can drop off supplies at five Oklahoma City locations:

You can connect with him by going to “The Real Okie Hugs for Our League City Family” on Facebook.