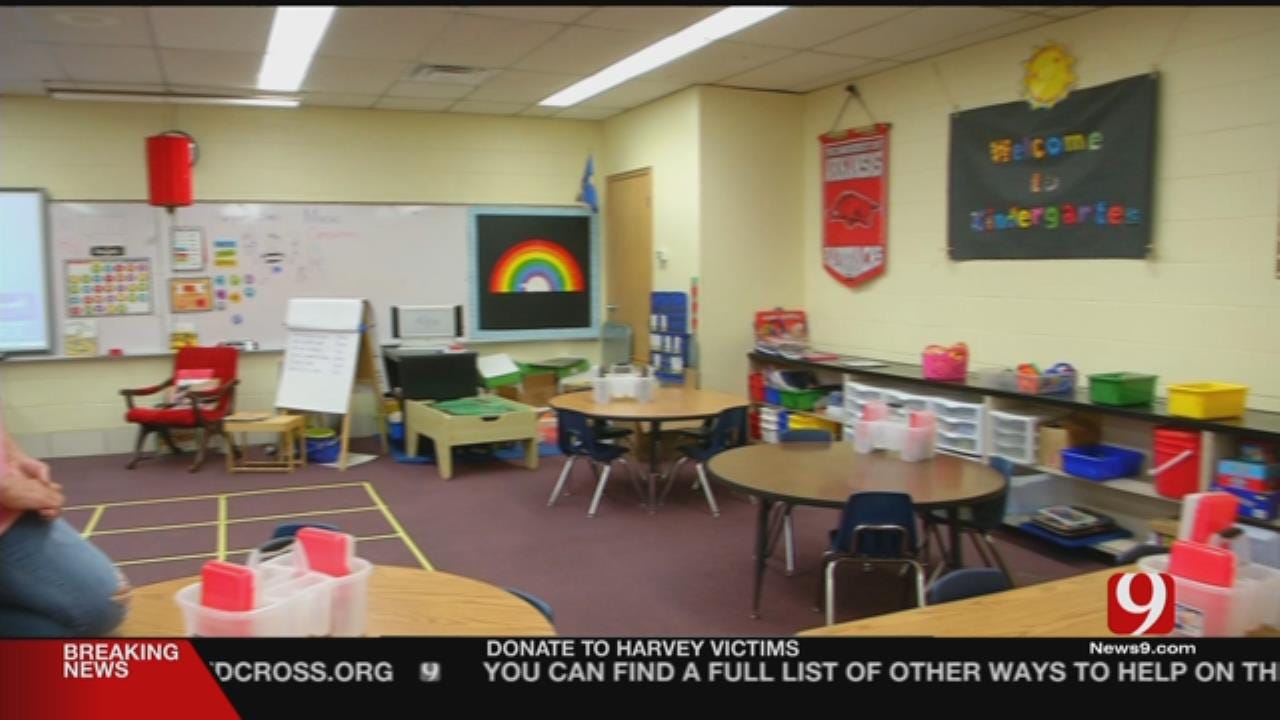 A Moore Public School teacher lost years and years of school supplies after someone stole them from Sky Ranch Elementary School.

Allison Floyd is a kindergarten teacher. She taught for 22 years in Texas, and moved to Oklahoma this school year.

Floyd moved about a month ago, and has been in a temporary classroom. A new building is under construction, and she’s been waiting to move in.

Instead of unpacking all of her supplies, Floyd only took out the essentials. Everything else was locked in a trailer parked in the school lot.

“Yesterday morning, I drove up to school which is where I’ve had my trailer parked and my trailer is gone with everything in it,” said Floyd.

Decades of learning material she has bought were stolen. Floyd said there were thousands of dollars worth of kindergarten supplies in it. There were over nine crates of books.

Her main concern are the children who are lacking the supplies they need.

Some families have already offered donations to Floyd. Teachers at Sky Ranch are generously sharing with her as well.

“My first thought was, 'I’m going to have a hard time replacing it,' and my second thought was 'The kids deserve it,'” she said.

Floyd is optimistic that she will replenish her supplies over time, but for now, she still wants to give her students the best education possible.