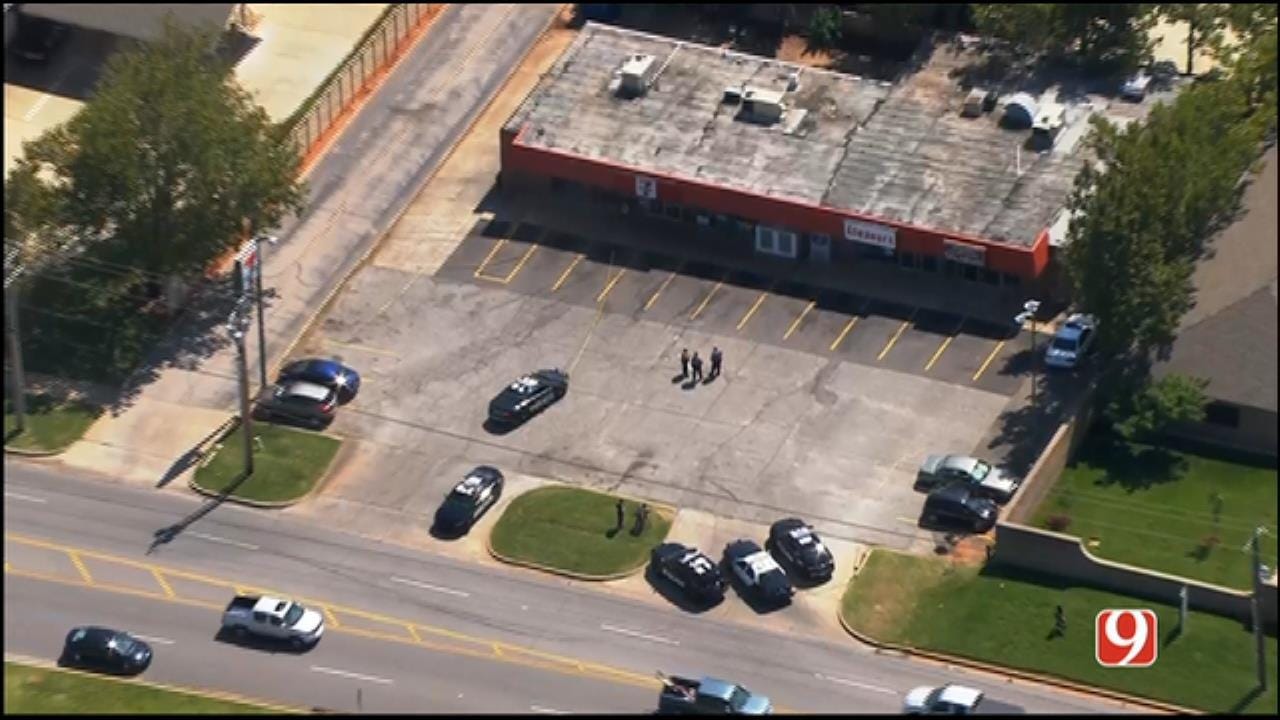 Police were on the scene of a drive-by shooting, with an innocent bystander reportedly being struck by a stray bullet, in northwest Oklahoma City Monday.

Emergency crews were called out to the scene at the 7-Eleven store located near NW 122nd Street and N. May Avenue around 1:30 in the afternoon. Authorities said the victim, a 72-year-old woman, was struck by a bullet after a drive-by shooting at the convenience store. She was transported from the scene in stable condition.

Officers on scene said a fight spilled out into the parking lot before several shots were fired.

"I would say there were at least 15 shots," said Nancy Bachman. She and her 8-year-old daughter witnessed the incident from inside a business across the street.

"It was like, oh Lord, what happened," Sophia Dickerson, 8, said of the scene, "a lot of gunshots and bangs... it was really scary."

Police say a stray bullet hit a 72-year-old woman who was driving in the area.