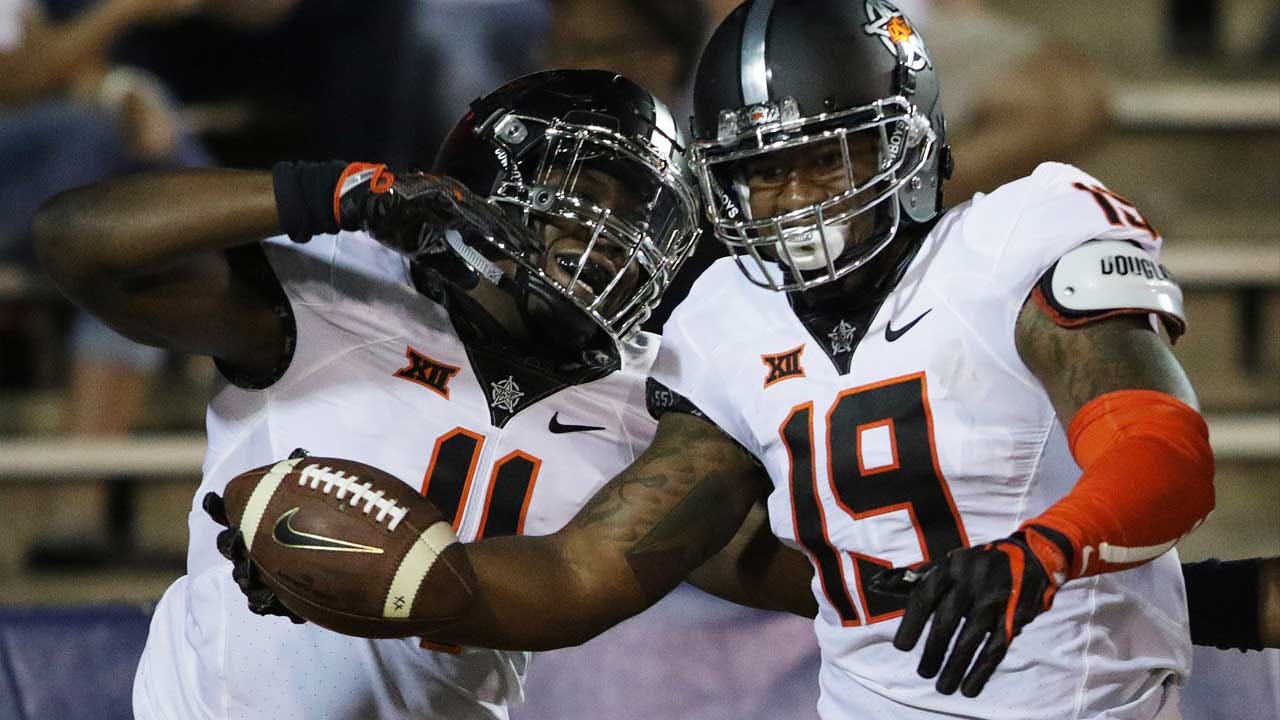 As the Oklahoma State football team prepares to take on Pittsburgh tomorrow in the last non-conference game on its schedule, we take a look at some streaks on the line and other trends to look out for this weekend.

Week Three Talking Points – Offense
• Cowboy quarterback Mason Rudolph continues to rewrite the record book at Oklahoma State. Already the owner of double-digit school records, he added one more to his resume last week: OSU's all-time leading passer. He passed previous record holder Brandon Weeden (9,260) and now sits alone atop the list with 9,352 career passing yards. Rudolph can add his name to another place in the OSU record book this week. He holds the longest active streak in the nation of pass attempts without an interception at 185 entering the game at Pitt. 10 more attempts without an interception will break Weeden's school record of 194.
• The Cowboy receivers have continued to display their depth, as eight different players caught a pass against South Alabama and five different players caught at least four passes and five had at least 40 receiving yards. James Washington has maintained his spot as the headliner of the group, as he continues to make highlight reel plays. He has three touchdown catches of at least 40 yards in the first two games, and he has a catch of at least 40 yards in six of OSU's last seven games.
• OSU's ground game has also been a major contributor this year, as the Cowboys have churned out a total of 495 yards in the first two games. Sophomore Justice Hill and true freshman J.D. King have led the pack with 159 rushing yards a piece, and redshirt freshman LD Brown has helped the cause with 130 yards of his own. As a team, the Cowboys are averaging 6.7 yards per carry, with J.D. King's 11.4 average leading the way.

Week Three Talking Points – Defense
• The Cowboy defense asserted itself in the opening quarter last week, holding USA without a first down and to just 9 total yards on four drives. That marked the fewest yards gained by an OSU opponent in a quarter since the Cowboys held Kansas to a 6-yard third quarter in 2010.
• The OSU defense was especially good on third downs last week, allowing South Alabama to convert on just one of 10 third downs.
• Non-offensive touchdowns have been a staple of Oklahoma State's success since 2010, as the Cowboys have totaled 41 to rank third nationally during that time span. The defense has continued the trend so far in 2017, scoring once in each of the Cowboys first two games. linebacker Kenneth Edison-McGruder returned a Tulsa fumble 82 yards for a touchdown in the opener and Linebacker Justin Phillips had a 25-yard pick six off of a ball that was tipped twice to help seal OSU's win at South Alabama last week.
• The Cowboys have forced a turnover in 16 consecutive games, including four in the last two games. Forcing turnovers has long been an emphasis for OSU defensive coordinator Glenn Spencer, and after two games in 2017, OSU ranks among the top 25 nationally in turnover margin at +1.0 per game.
• OSU wrapped up the 2016 season ranked 13th nationally in red zone defense, only allowing opponents to score on 75 percent of their red zone opportunities. They rank in the top 10 in red zone defense so far in 2017, allowing opponents to score just three times in six red zone trips on the year.
• OSU held South Alabama scoreless in the first half last week. It marked the second time in the last three games the Cowboys have shut out an opponent in the first half, as they also shutout Colorado in the first half of last season's Alamo Bowl. It was the third time in the last five games OSU has shut out an opponent in a half, also shutting out TCU in the second half last year.