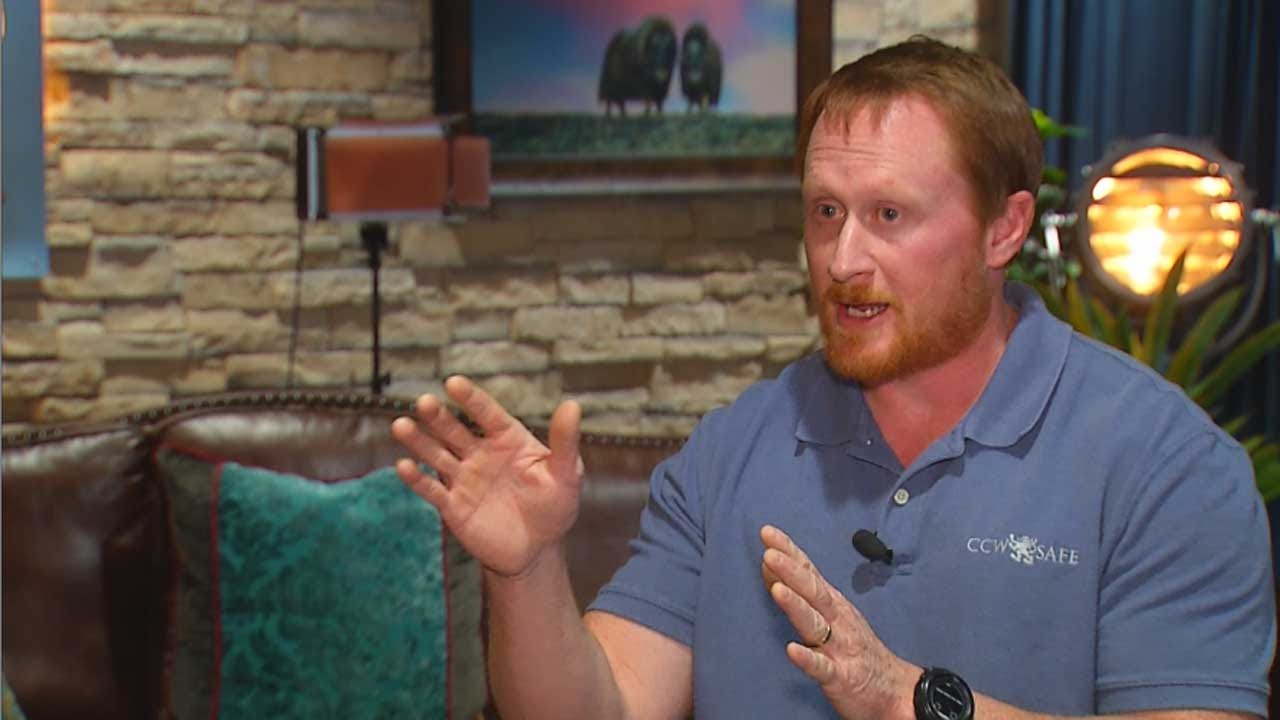 The news of what happened in Las Vegas can make us all uneasy, if not afraid, of attending concerts or any big gatherings of people.

Former Navy seal Dustin Merritt now trains law enforcement on tactical response to situations like that in Vegas. He also works with civilians and says the biggest thing we all can do is be aware of our situation at all times.

The horrifying video from the scene outside the Mandalay Bay shows concert goers looking stunned as the shooting started. Many of the estimated 22,000 people originally thought the gunshots were fireworks.

We showed the video to Merritt who spent almost a decade as a Navy Seal.

“That’s not uncommon because people aren’t used to having to react to gunfire,” he said.

Unfortunately he says we should have a plan wherever we go.

And he says simply having that plan should help you react quicker.

“It’s like if I start to hear that first shot, second shot, I need to be doing something. I need to be moving or taking action.”

Dustin also recommends if you go someplace with a group to establish a meeting place like the hotel or restaurant so you can make sure everyone you are with is safe and accounted for.  Then he says check and make sure no-one is injured.