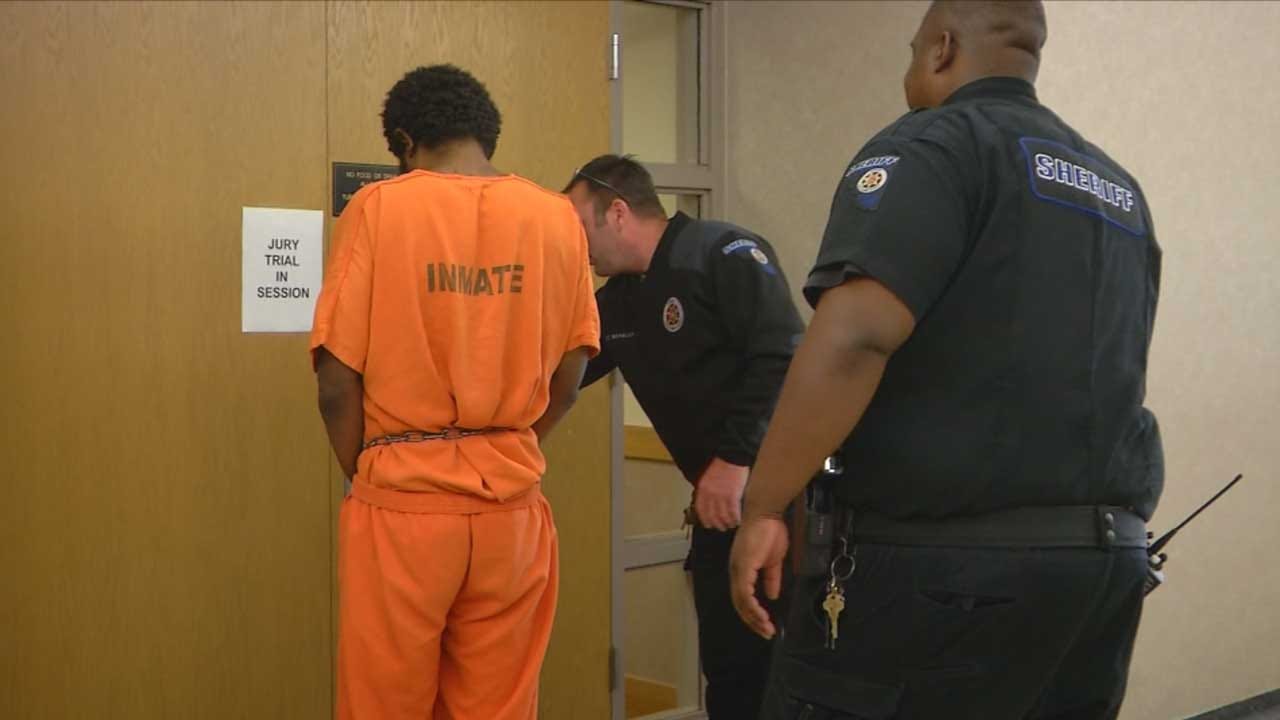 In week four of the trial, Alton Nolen's defense team brings in several witnesses to testify on Alton Nolen's intellectuality. His attorneys are trying to prove that Nolen has an intellectual disability, a term used interchangeably with "mental retardation" in the courtroom.

Nolen was found guilty on Friday by the jury for first degree murder. The defendant, 33, beheaded Colleen Hufford at Vaughan Foods in Moore in September 2014.

The defense called Nolen's school counselor, Evorn Jones, who testified that he received several F grades; however, she said based on the transcript, Nolen did not participate in special education courses. She confirmed he was possibly undereducated, but did not say he was intellectually disabled.

Eric Blandon, an inmate and former football teammate of Nolen's, came in from the Department of Corrections. He was brought in by deputies and testified that Nolen struggled in school. He had a workbook that was filled with very basic material that should have been learned in elementary school. Blandon also said Nolen often did not understand football plays.

Another woman testified after. Her name was Jamie Davis and Nolen lived with her from 2005 to 2007. She was called by the defense, but when the state cross-examined her, she said Nolen is not "mentally retarded."

After the lunch break, Nolen's younger sister, Paige Nolen, testified. She described being three years younger than him, but needing to help him in English. She said he grasped the concept of math for the most part, but could not understand English well. She also described Nolen going to an alternative high school.

Ms. Nolen said her brother moved in with her a second time after he got out of prison. She mentioned that his personality changed a lot and he was nice, but he also made comments to her about his new religion and how he did not want her to "go to hell."

The jury will have to decide if he is intellectually disabled before moving on to decide his actual punishment.