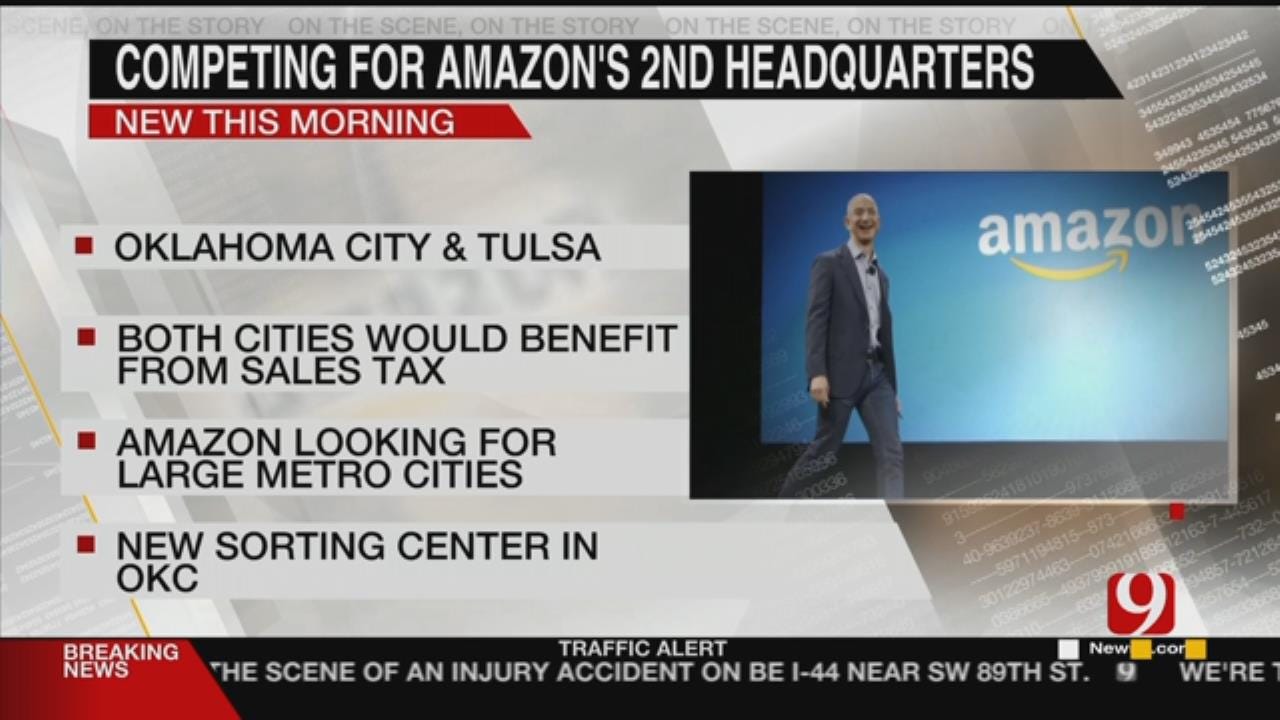 There’s a competition going on between Oklahoma City and Tulsa over the potential to bring jobs and get an economic boost.

Both cities are hoping to be the future home of Amazon's second headquarters in North America. The project is estimated to cost $5 billion and include as many as 50,000 jobs.

Amazon hopes to make their decision by next year. In the meantime, both Tulsa and Oklahoma City are showcasing cultural, recreational and quality of life attractions.

Both cities have benefited from sales tax financed capital improvement programs, MAPS in Oklahoma City and Vision in Tulsa.

Amazon has hinted that it's looking for a location similar to its Seattle campus that is urban or suburban, well-connected to transit and in a metro area with at least 1 million people. Amazon recently chose OKC as the location for a new Sorting Center.

Construction of the $3 million, 300,000 square-foot project on the northeast corner of SW 15 and Council Road is currently underway. Thursday is the next deadline in the search for Amazon's next headquarters.

Interested cities and economic development groups have until that time to submit proposals.