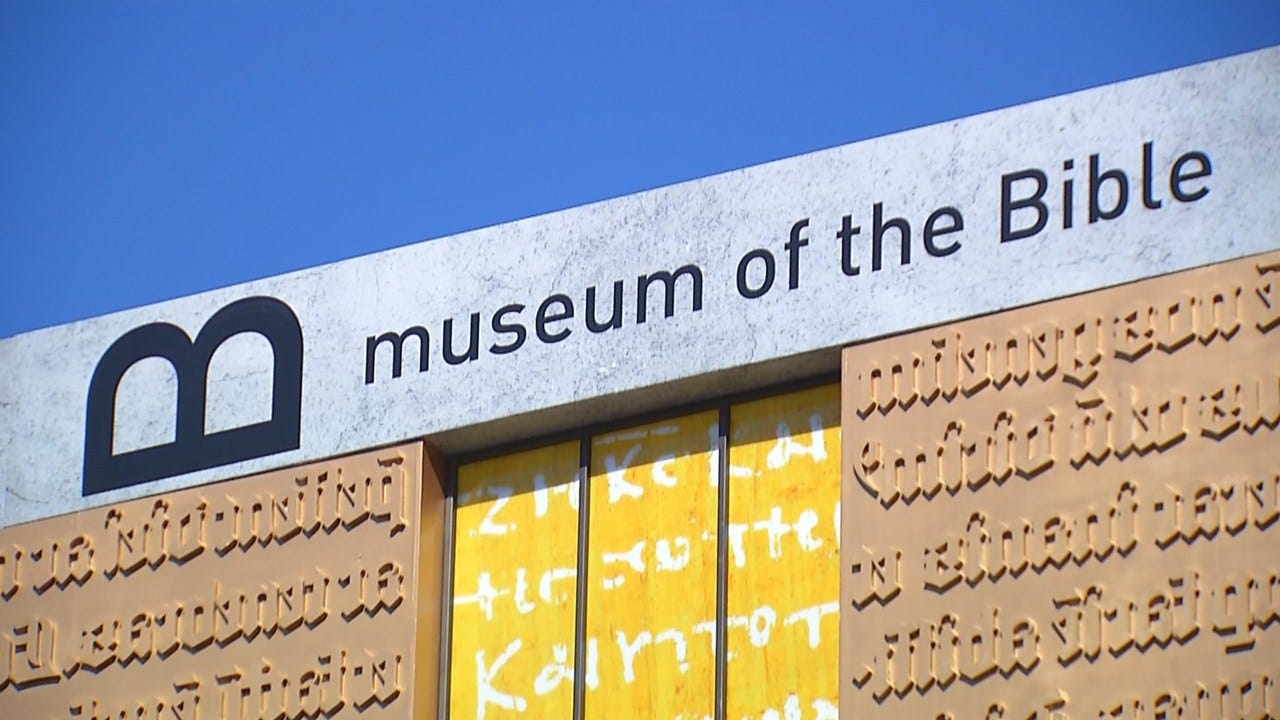 The Museum of the Bible opens in Washington, D.C. in three weeks. Ahead of the opening, the museum took a traveling exhibit, the Gutenberg Gates Tour, across the country to five select cities, including Oklahoma City.

“This is amazing how big it is,” said Timothy Tardibono of Bethany.

The sheer size of the exhibit drew in a crowd. Tardibono brought his family out to Penn Square Mall on Sunday, the final day for the exhibit in Oklahoma.

“I know it's just a replica but to see this and sort of imagine how it fits on the building that we got to see under construction is really pretty amazing.”

The Museum of the Bible took the grand entrance of its building on the road to give people a preview of what they’ll see when they enter the museum in the nation’s capital.

“They are replica printing press plates from the Gutenberg press which was developed a little over 500 years ago,” said Jeremy Burton, Director of Communication for the Museum of the Bible.

The panels stand 40 feet tall and display the first page of Genesis from the Gutenberg Bible. The replica is made of wood but in Washington, D.C., the recreation is made of bronze with each panel weighing roughly 12 tons.

“They're large and just impressive and just imagining those at the museum's entrance yeah will be fantastic,” said Aubrey Hooper of Oklahoma City.

However, the tour allowed people to see and touch a larger than life copy of the real thing and experience the Bible.

“For Americans,” said Tardibono, "I think sometimes we take for granted the impact of the Bible and so it's a great opportunity for Americans to sort of rediscover how important the Bible has been to our world."

The 430,000 square feet museum is located just three blocks from the U.S. Capitol Building. It will offer eight floors to visitors worldwide where they can explore the history, narrative, and impact of the Bible.

“It's awesome to see this,” said Burton, "but you can't replace seeing them in Washington, D.C., for yourself."

The gates have two more stops in New York City and then Washington, D.C. The museum opens on November 17.