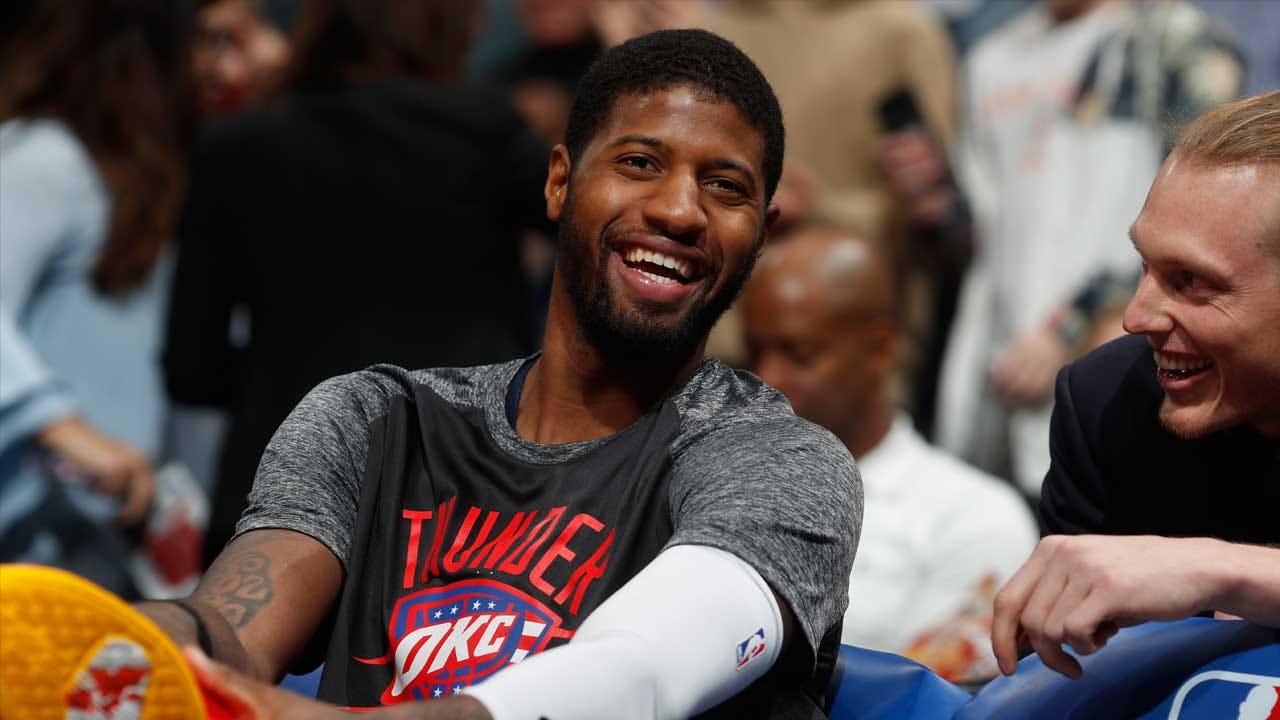 Paul George and the Thunder will look to stay hot against the visiting Chicago Bulls tonight. Tip is set for 7 p.m. CT.

George caught fire, going 25 for 44 (56.8 percent) from the field, 11 for 19 from three-point range (57.8 percent) and averaged 39.5 points in the last two games, both Thunder wins. This is the Paul George that OKC fans expected when the team traded for him over the summer.

Carmelo Anthony and Steven Adams are both questionable after sitting out Sunday’s game. Anthony has been dealing with a sore lower back while Adams has a right calf contusion.

Chicago (2-9) has lost four-straight and is coming off a 39-point loss in San Antonio. The Thunder (6-7) beat the Bulls 101-69 in the Windy City three weeks ago behind Russell Westbrook’s triple double and 41 combined from George and Anthony.

Rookie Lauri Markkanen, Robin Lopez and Justin Holiday are all averaging 14 points per game to lead Chicago. Holiday will miss tonight’s game for the birth of his child.

Forward Bobby Portis has been fantastic for the Bulls since returning from suspension. In three games off the bench, Portis has averaged 19.3 points and 10.0 rebounds per game. He was suspended for fighting with teammate Nikola Mirotic, which resulted in maxillary fractures in Mirotic’s face.

Chicago is expected to start Kris Dunn in Holiday’s absence and Quincy Pondexter will reportedly replace Paul Zipser in the starting lineup. Markannen and Lopez man the frontcourt and Jerian Grant, Jerami’s older brother, rounds out the starting five.

If Anthony misses tonight’s contest, Jerami Grant will likely get another start. Dakari Johnson will earn another start if Adams can’t go.