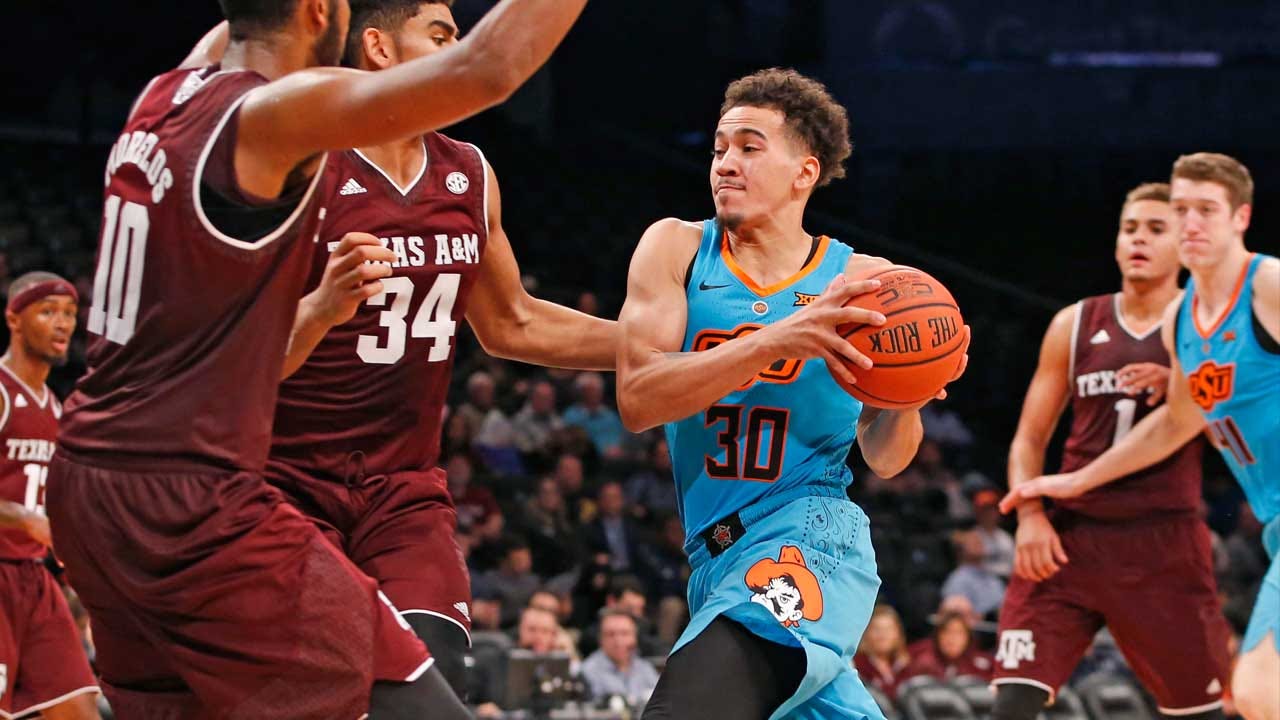 In a tale of two returns, A&M's Robert Williams got the better of Jeff Carroll.

Seeing his first action this season, Williams finished with 11 points, 11 rebounds and a handful of alley-oop dunks to help No. 16 Texas A&M beat Oklahoma State 72-55 in the first game of the 2017 Progressive Legends Classic. Williams added three steals and two blocks for the Aggies.

Carroll also made his season-debut but it wasn't the start the senior hoped for. The Big 12's top returning scorer from a year ago was held to four points on 2-for-12 shooting against the lengthy Aggies. Carroll went 0-for-5 beyond the arc and 0-for-2 from the stripe but he wasn't the only Cowboy struggling to shoot in Brooklyn's Barclays Center. As a team, OSU shot 29.9 percent from the field, 54.5 percent from the free throw line and was an awful 3-for-24 from three-point range - 12.5 percent. It was the Cowboys' worst three-point shooting effort since going 2-for-19 against Tulsa in 2015.

Brandon Averette led the way with 10 points off the bench. Tavarius Shine had eight points and eight rebounds for Mike Boynton's squad.

Texas A&M will face Penn State on Tuesday in the Legends Classic championship. Oklahoma State takes on Pittsburgh in the consolation game at 2:30 p.m. CT.