Governor Mary Fallin is answering questions about what happens next, now that she has vetoed the much of the legislatures budget plan. The plan would have bridged the state’s $215-million shortfall created when the legislature passed an unconstitutional tobacco tax.

The governor vetoed much of the budget plan except critical health services. That’s important because services, like the advantage waiver program that helps the elderly and handicapped will still be funded.

The governor also announced three executive orders Tuesday, two to force consolidation and cuts in education and higher education and one to cap spending on so called swag, like tee shirts and mugs.

The state spends 30-million a year on swag and the order would cap it at 10-million.  It would also force schools to look at ways of cutting costs.

“What I hope it will be is the weight of the public. The public has expressed concern about the costs, administrative costs of our schools,” said Governor Fallin.

The order doesn’t carry much weight; it will go into effect after the governor leaves office and can be overturned by the next governor.

“What I hope to do is give the next governor a good opportunity with a plan that they can take or not. But the work will all be done for them,” said Governor Fallin.

Tuesday evening, the Oklahoma State Department of Education released the following statement following the announcement of the executive order relating to school finances:

"We were surprised this afternoon to learn that the Governor was issuing an executive order related to school finances. The Governor's office did not consult or seek input from Superintendent Hofmeister or State Department of Education staff. We were notified simply that an executive order was forthcoming about 90 minutes before it was issued. We will be reviewing the matter in the coming weeks.”

The governor also acknowledged the veto gives the state has an unbalanced budget, but insists that’s not unconstitutional “By me line item vetoing things in the budget I knew, it was intentional, to cause the budget to be out of balance because we’re not going to fix things unless I force them to come back and to get the job done,” she said.

News 9 obtained an internal memo to state representatives from house leadership. It outlines the impact the veto will have on health services.

“Yeah because we didn’t use all the one-time funds,” replied Governor Fallin.

The governor said she will announce next week when she will order the next special session. 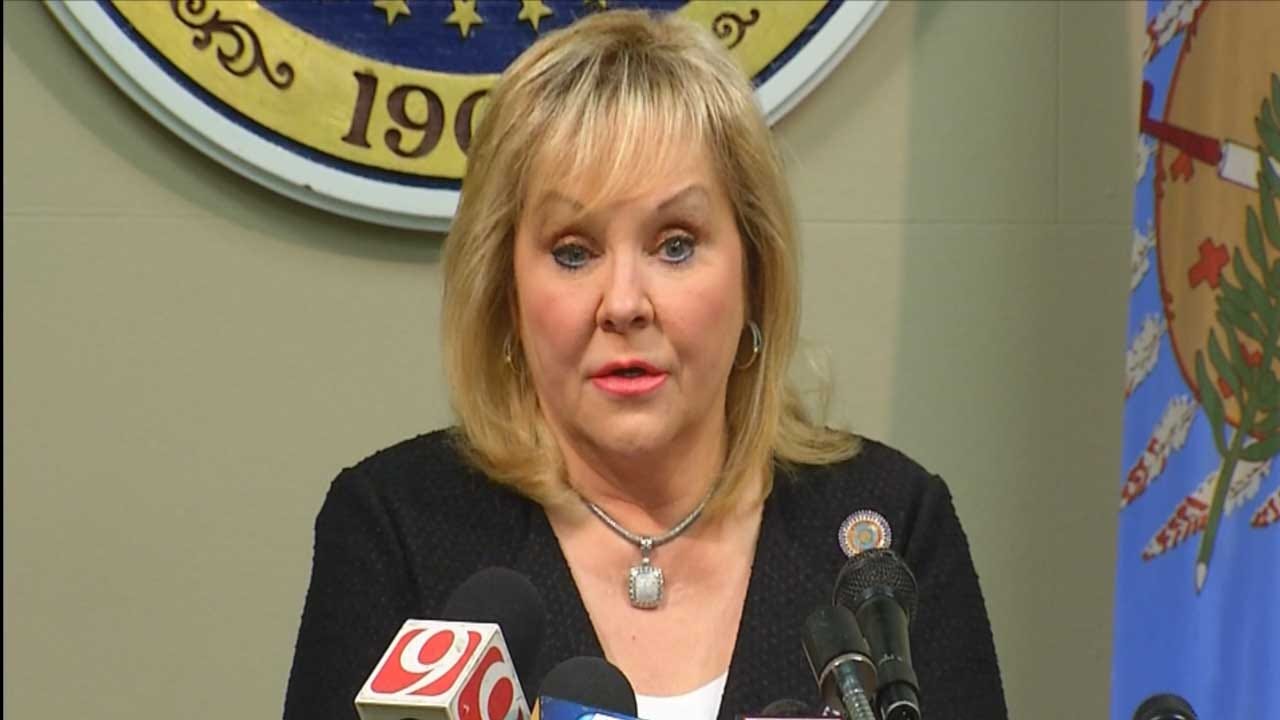