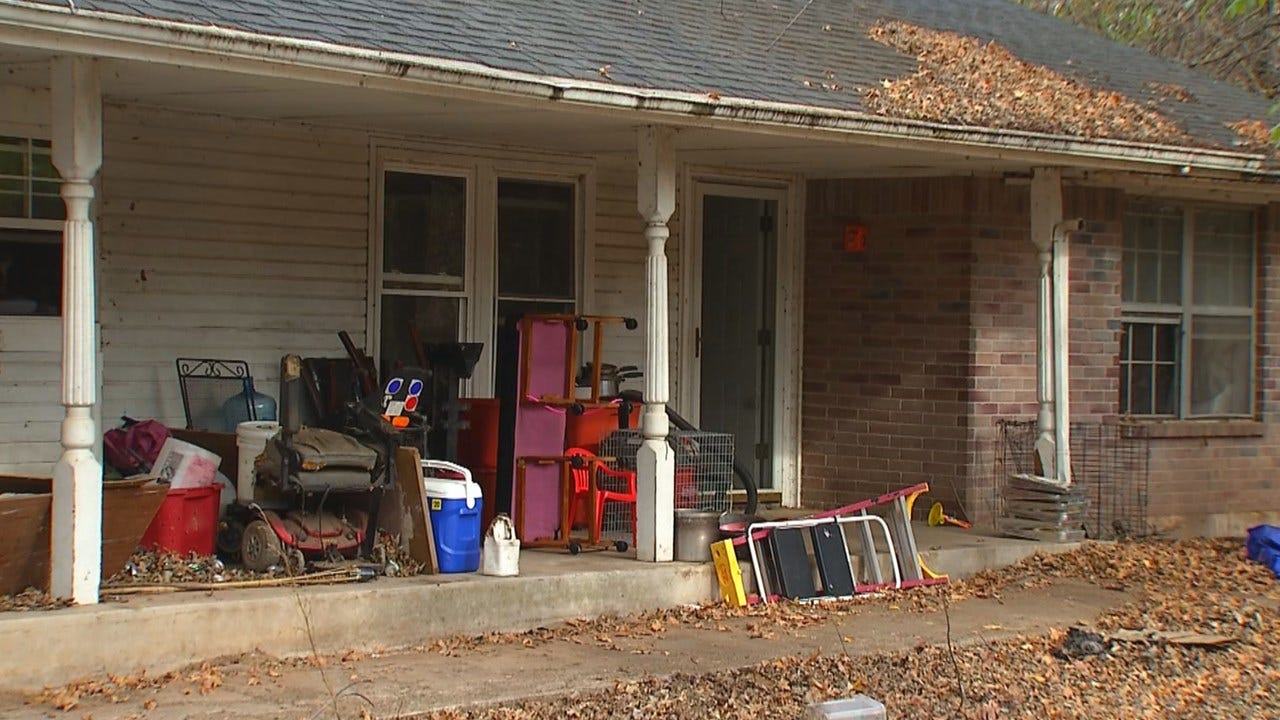 A group of volunteers comfort a mother of three arrested for child neglect. They showed up to Cynthia Parker’s southeast Oklahoma City home on Saturday, where police removed the children due to filthy conditions inside.

Once neighbors and friends found out about the conditions at the home, they jumped into action to help out.

“She just got overwhelmed I think,” Angie Ceyler said of the mother.

Ceyler and a few volunteers came prepared to work.

“It's a little daunting,” she admits.

When they arrived, the volunteers found one pile of trash after the next. They started with the inside, where they are stripping the carpet and repainting the walls.

“So many people are easy to judge but you know when people get in situations like that, they just need help,” she said. “I know she works full time. Apparently it got out of control, for a little while and she's been suffering a little bit from depression.”

Last week, police found the 32-year-old mother living in the home with her three children ages, 10, 9, and 5. According to police, the home was in deplorable conditions.

“The home was filthy,” said Officer Megan Morgan, Oklahoma City Police Department. “They described there were feces and urine stains and trash all over the home.”

Parker was arrested on a child neglect complaint and the children are now staying with a neighbor.

“Oh course we said we would take them,” said Ron Simon, neighbor. “Anybody would do that. So we took the kids and they are okay.”

Parker told officers her husband was deployed with the Air Force. Now back home, the couple is working with volunteers to get their home and property cleaned up.

“We need a lot more people to help, we're going to try and do this on the weekend and on Saturdays until we can get them up to speed,” Ceyler said. “It's all about just trying to help her and get her kids back.”

The family is looking for donations, specifically carpeting and large dumpsters.

“We need a lot more people to help, we're going to try and do this like on the weekend and on Saturday until we can get them up to speed,” she said.