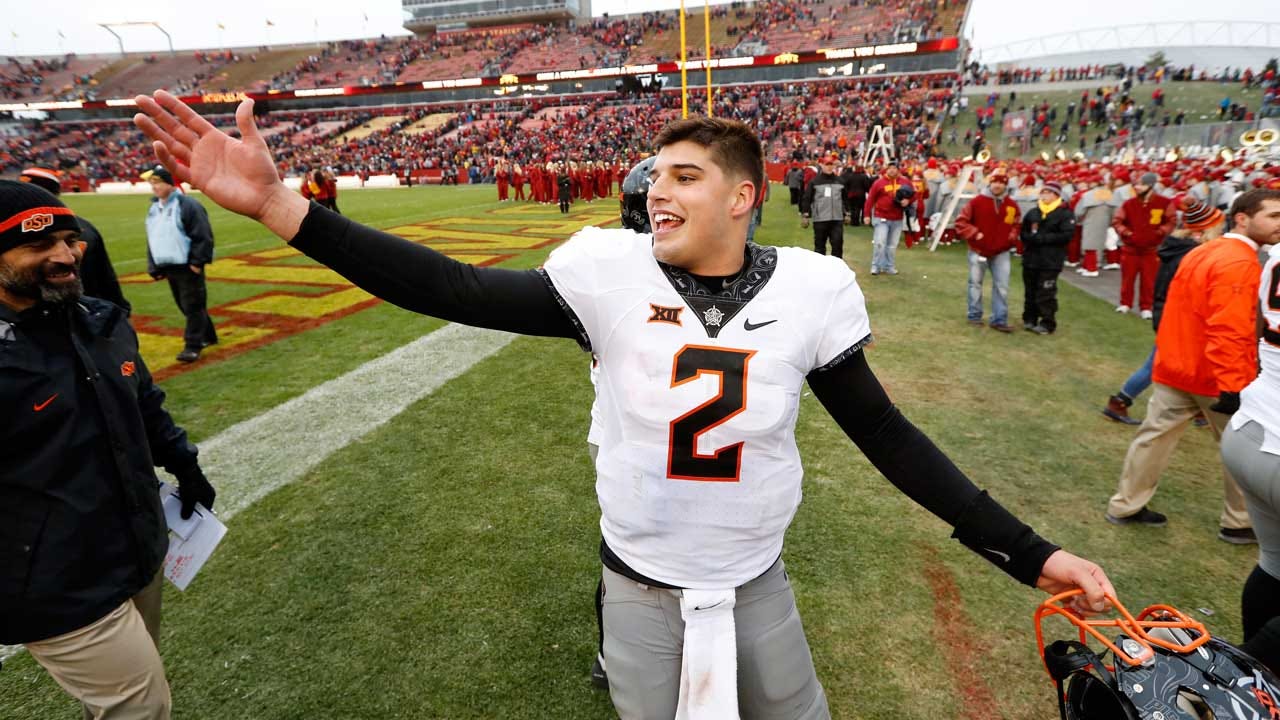 The award goes to an outstanding fourth or fifth-year player on schedule to graduate with their class. In addition to the accomplishments on the field, candidates are judged on their character, citizenship, scholastic achievement, and leadership qualities.

Rudolph led the Cowboys to a 31-9 record as a starter, beaten every Big 12 team during his career and ranks fourth all-time in Big 12 career passing yards with 13,267.

He’s thrown for 4,553 yards and 35 touchdowns with nine interceptions this year. The Rock Hill, South Carolina product also has 10 rushing scores and his total – 45 touchdowns accounted for – leads the nation.

The 22-year-old is also OSU’s most active player in community service activities.

Rudolph will receive the award at a ceremony to be held Dec. 8th in Baltimore. Former Baltimore Colts center Bill Curry will present the honor to Rudolph.