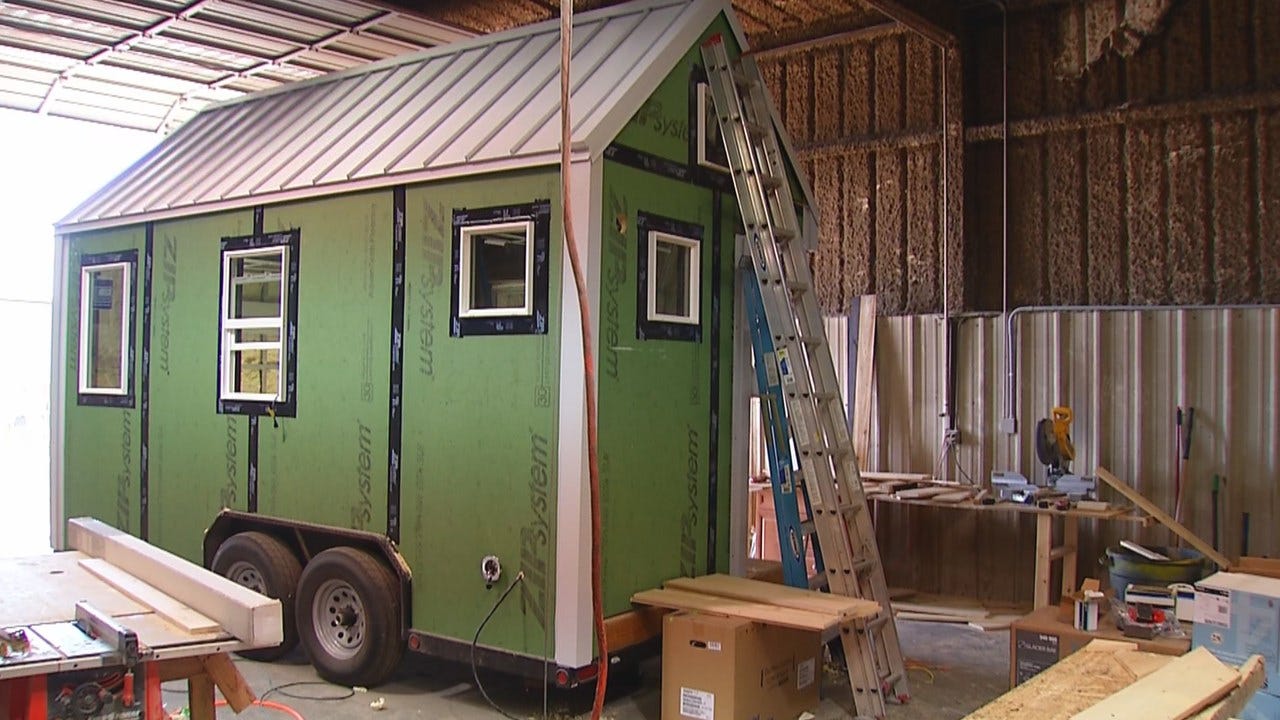 The builders of tiny houses in Oklahoma are asking for a little more room from city leaders.

Tiny, 180-to-300 square foot houses built on top of trailers are put into the same category as RVs. They can't be parked just anywhere and aren’t allowed in residential neighbors.

Those rules for tiny house may soon change.

Norman is considering a change which would allow tiny homes to be put on agricultural and estate-zoned property of at least two acres.

“Once we get through the city issues with code and zoning, I think you are really going to see this movement blow up in Oklahoma,” says Michelle Wunder, owner of Tiny Homes of Oklahoma.

Wunder is finishing building her fifth and sixth tiny home in the last year and half. She’s currently looking for areas in OKC where her buyers can keep their tiny homes in a neighborhood setting.

OKC City leaders would have to make changes in current low to allow such a neighborhood.