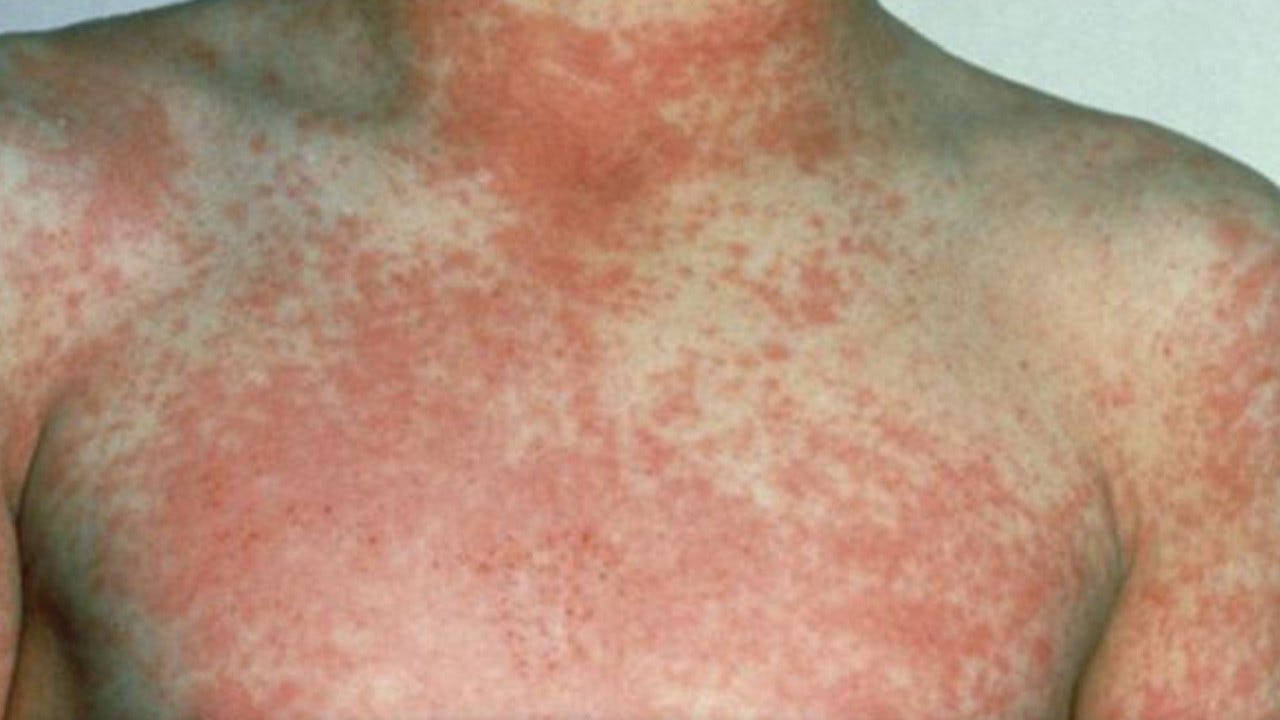 Scarlet fever may sound like a disease from the history books, but the old scourge, which was once a common cause of death in young children, is making a dangerous comeback in certain parts of the globe.

After decades of decline, England has experienced an unprecedented rise in the infectious illness since 2014.

A new study, published in The Lancet Infectious Diseases, found cases there have reached a 50-year high, with 620 outbreaks totaling over 19,000 cases of scarlet fever reported in England in 2016.

Several countries in East Asia have also reported a surge in cases, including Vietnam, China, South Korea, in the past five years.

"Whilst current rates are nowhere near those seen in the early 1900s, the magnitude of the recent upsurge is greater than any documented in the last century," Dr. Theresa Lamagni, Head of Streptococcal Surveillance at Public Health England, who led the study, said in a statement.

Symptoms of scarlet fever include a sore throat, headache and fever accompanied by a characteristic pink-red rash that feels like sandpaper. The National Institutes of Health says another telltale sign is that patients develop a dark red tongue — sometimes known as "strawberry tongue."

"School children are really most likely to get it because they're in such close contact with each other all the time," Debra Spicehandler, M.D., co-chief of infectious diseases at Northern Westchester Hospital in Mount Kisco, New York, told CBS News. "A mother taking care of her sick child who has it is also more prone to getting it herself."

The majority of reported cases in England — about 87 percent — were in children under the age of 10.

Unlike outbreaks from before the days of modern medicine, when children frequently died of scarlet fever or suffered lifelong disabilities, the illness today typically isn't very serious and can be treated with antibiotics.

However, if left untreated, scarlet fever can lead to serious complications including rheumatic fever (an inflammatory disease that can affect the heart, joints, skin, and brain), kidney damage, ear infections, skin infections, pneumonia, and sepsis.

Early treatment is key, so experts recommend parents be aware of the symptoms and get to a doctor right away if they think their child might be infected.

What's behind the rise?

So far, doctors have yet to identify the reason for the recent resurgence of scarlet fever.

Typically, the disease has a natural cyclical pattern with more cases seen every four to six years, but an unusually high number of cases in 2014 prompted public health officials from across the U.K. to investigate what was going on.

Researchers analyzed the data on reported cases of scarlet fever in England and Wales since 1911, and found the number of cases tripled from 2013 to 2014, rising from 4,700 cases to 15,637. A further increase over the next two years resulted in the highest rate of infection since 1967.

In a surprising find, the researchers discovered that the increase was not caused by spread of a single strain of scarlet fever-causing group A strep. Rather, a genetically diverse range of strain types were identified.

In an accompanying editorial published with the study, Professor Mark Walker and Stephan Brouwer from the University of Queensland in Australia suggest a number of possible explanations.

They say environmental changes could play a role.

"We know that scarlet fever can be seasonal in nature, with peaks in certain times of the year," Walker told CBS News. "Thus, change in temperature or other environmental factors may influence the disease."

Another possibility is a shift in the immune system that may make the overall human population more vulnerable. "Group A Streptococci come in many different serotypes [variations]," Walker said. "Therefore, waning immunity against a particular serotype may open up the population to certain types of capable of causing scarlet fever."

Finally, he says it's also possible that a co-infection — another bug a person contracted — could predispose him or her to develop scarlet fever.

"Further research needs to be done to better understand the causes of scarlet fever resurgence," Walker and Brouwer write.

Could it happen in the U.S.?

The Centers for Disease Control and Prevention does not track cases of scarlet fever in the United States.

Spicehandler said although she is not a pediatrician, she hasn't heard of an uptick of cases in the U.S. so far.

She said she doesn't think people traveling to England should be particularly concerned about scarlet fever, though they should be cautious around anyone who appears sick and has a rash.

"The key is really washing your hands frequently," she said.

An outbreak in the states could be possible, she said, if people aren't vigilant in catching symptoms and getting treatment early.

"If you don't treat it and you ignore the symptoms, then you can go on to one of the more severe complications," she said. "It also makes it much more likely that it will spread."