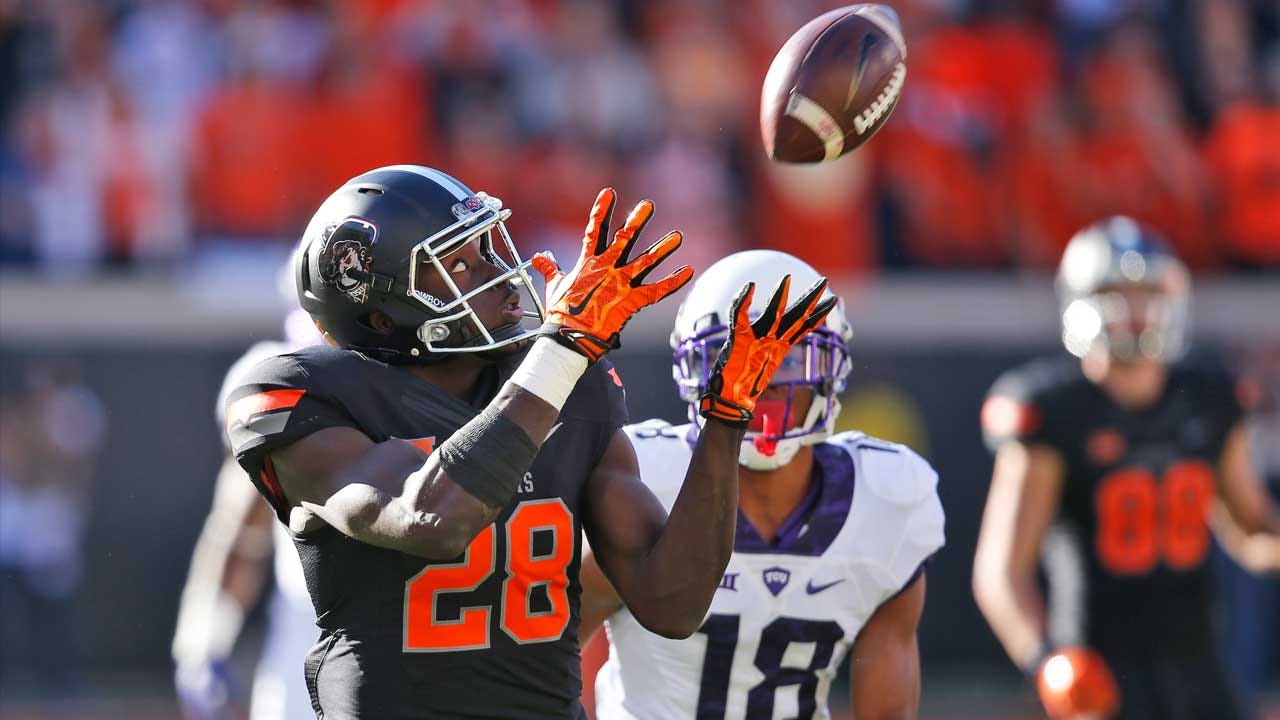 James Washington capped off a stellar career at Oklahoma State by winning the Biletnikoff Award, which goes to the nation’s most outstanding receiver.

It’s the third time a Cowboy receiver has won the Biletnikoff, breaking a tie with Oregon State and Texas Tech for the most won at any program. Justin Blackmon won OSU’s first two in 2010 and 2011.

West Virginia’s David Sills (980 yards, 18 touchdowns) and Colorado State’s Michael Gallup (1,345, seven touchdowns) were the other finalists up for the award.

Washington caught 69 passes for 1,423 yards and 12 touchdowns this season. His standout performance came against Baylor on Homecoming when he logged six catches for 235 yards and a touchdown plus a two-yard rushing touchdown.

For his career, Washington has 4,346 receiving yards and 38 touchdowns. He’s just 68 yards behind Rashaun Woods (4,414) and four touchdowns back (Woods, 42; Blackmon, 40) on the all-time receiving charts at Oklahoma State.

Washington has the Cowboys’ bowl game against No. 22 Virginia Tech (Dec. 28) to challenge the records.