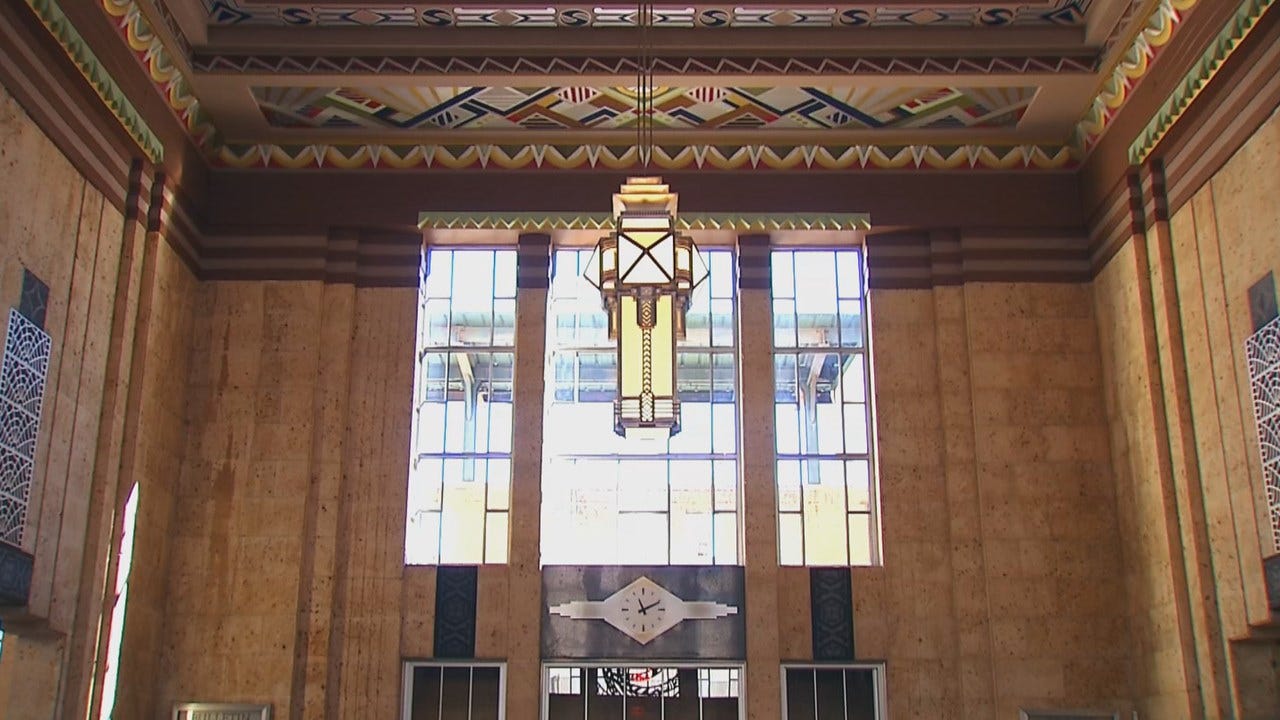 After 3 years of construction, the first phases of the Santa Fe Station renovation are complete. The inside of the station in downtown OKC looks the way it did when it opened in 1934. The paint colors are authentic thanks to paint chipped away from the walls. The light fixtures are replicas that keep the art deco décor. Even additional limestone was traced to the same Texas quarry as the original pieces.

“This is a gem to be involved in,” said Rick Lueb with TAP Architecture.

Due to previous renovations, the Santa Fe Station provided its share of surprises.

Lueb said, “We would find some oddity as we uncovered it or undressed it and everyone was scratching their heads like, 'Where did this come from?'"

Nearly half of the $28 million project was funded through a federal transportation grant.

Lueb credits pictures found of Santa Fe Station from a railroad enthusiast documenting OKC’s elevated rail more than 80 years ago. He says once found, the pictures proved invaluable in recreating the original station.

Amtrak will still to run out of Santa Fe with a much nicer waiting area. The station will house many city offices. The next phases include tunneling under the tracks to create a walkway to Bricktown and a plaza. It will be completed in June of 2019.