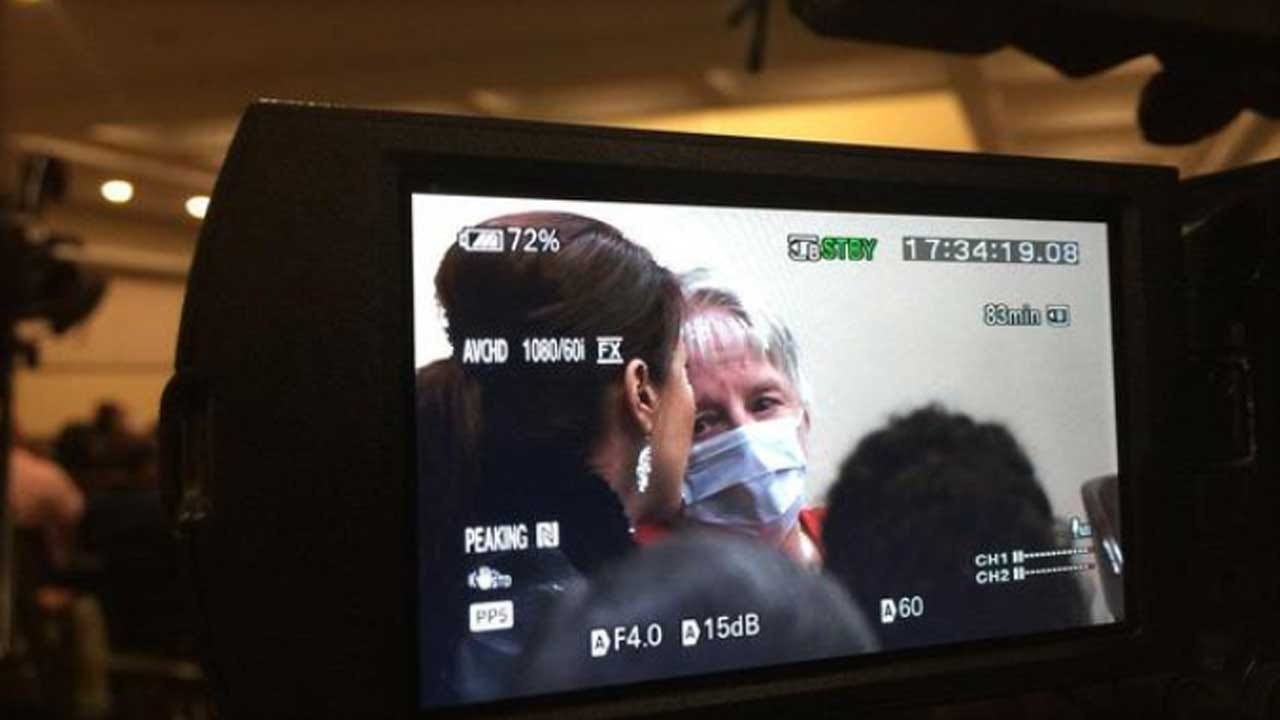 An imprisoned former nurse who prosecutors believe could be responsible for the deaths of up to 60 children in Texas pleaded not guilty Thursday to murder charges in the deaths of five children in the early 1980s. Genene Jones, 67, was arraigned Thursday in San Antonio. She was brought into court in a wheelchair and wore a surgical mask.

Jones is serving concurrent 99-year and 60-year sentences in state prison for the killing of 15-month-old Chelsea McClellan and the sickening of 4-week-old Rolando Santos. Before the new charges were brought, Jones had been scheduled to be freed in March 2018 under a mandatory release law that was in place when she was convicted.

Bexar County District Attorney Nico LaHood said each case will be tried separately. Jones could face up to life in prison on each charge.

Children died of unexplained seizures and other complications when Jones worked at a San Antonio hospital and clinic in Kerrville, about 55 miles to the northwest of San Antonio.

"This is an enormous step in the right direction to secure justice for these slain children, their families and our community as a whole," LaHood said at a news conference Wednesday.

He said they'll first try the case of 11-month-old Joshua Sawyer, who investigators say died in 1981 of a fatal overdose of an anti-seizure drug.

Prosecutors at Jones' 1984 murder trial said the nurse lethally injected children at the Kerrville clinic to demonstrate the need for a pediatric intensive care unit at a nearby hospital. Other prosecutors theorized that her tactic was to take swift medical action and save some of her victims so she could appear to be a sort of miracle worker.

"To me, evil is evil is evil," LaHood said Wednesday, "All I know is these children were stolen from family."

It's not clear why Jones' actions, involving so many suspected victims, were not detected earlier. But Sam Millsap, a previous district attorney in Bexar County, told KSAT-TV in 2013 that medical records at the San Antonio hospital at one point were accidently destroyed, hampering efforts by investigators to prove their suspicions.

She was sentenced to prison in 1984 in the McClellan and Santos cases. When LaHood took office in January 2015, he approved a task force to investigate Jones. In announcing in May the indictment in the death of Sawyer - the first of the five new indictments that came this year, LaHood said his office would "attempt to account for every child whose life was stolen by the actions of Jones."