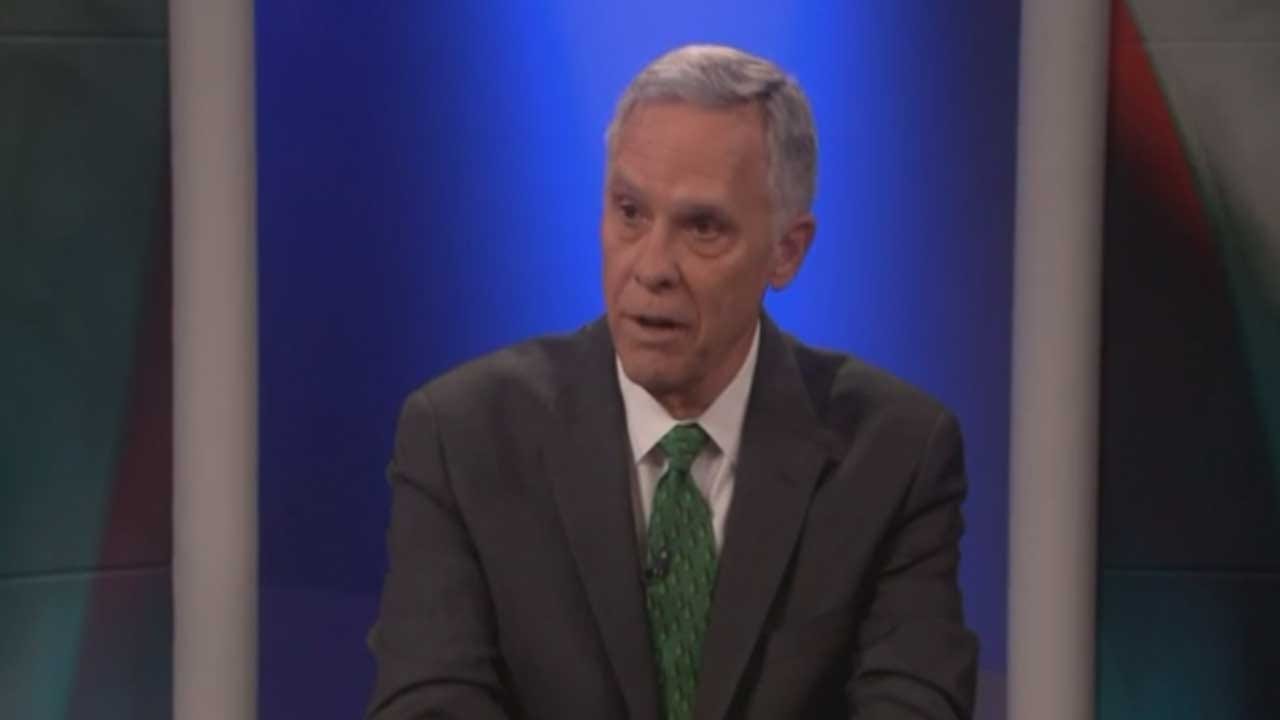 A former OKC mayor has caused a firestorm of controversy after his comments on homosexuality during an appearance on a local political TV show.

“Is homosexuality right or wrong? It’s not relative. There's a right and wrong, you just said it. So, it’s either right or wrong. And if it’s okay, then it’s okay from everybody.

Quite frankly it’s okay for men to sleep with little boys, if it’s okay,” said Humphreys on the TV show Flashpoint Sunday.

Humphreys is an OU Regent.

In a letter to students, the University’s Student President J.D. Baker questions Humphrey’s ability to lead. Baker called the comments out of line and ignorant.

"Regent Humphreys was speaking as an individual and not on behalf of the university or me," said President Boren.

Stevenson believes if Humphreys doesn’t apologize, he should be removed as a Regent at OU.

Stevenson said he's been in contact with Barney Franks office, and said there is a possibility Frank may come to Oklahoma to voice his opinion on the controversy.

Monday evening the OU Board of Regents released the following statement:

“The Board of Regents of the University of Oklahoma is charged with the honorable duty of care and loyalty to our beloved institution. We take great pride in the value of the many diverse perspectives, backgrounds and experiences of our students, faculty and professional staff. The Board disagrees with the recent public statements made by Regent Kirk Humphreys regarding homosexuality and we reiterate our commitment to fairness and inclusion throughout the University community.”

According to multiple sources late Monday evening, Humphreys responded to the backlash with the following apologetic statement:

“I regret that my comments on FlashPoint regarding homosexuality were not clear and led some people to believe that I was equating homosexuality with pedophilia. That was not my intention or desire. I apologize for my lack of clarity and realized this has resulted in a strong reaction by some and has hurt people’s feelings.

For clarification, my moral stance about homosexuality is that it is against the teachings of scripture. Although I know this upsets some people, it is my belief, In America we have the right to believe as we choose and to freely express that belief.

For those that I have hurt, I’m sorry. For those who do not share my beliefs, I will defend your right to have a deeply held belief if yours is different than mine.