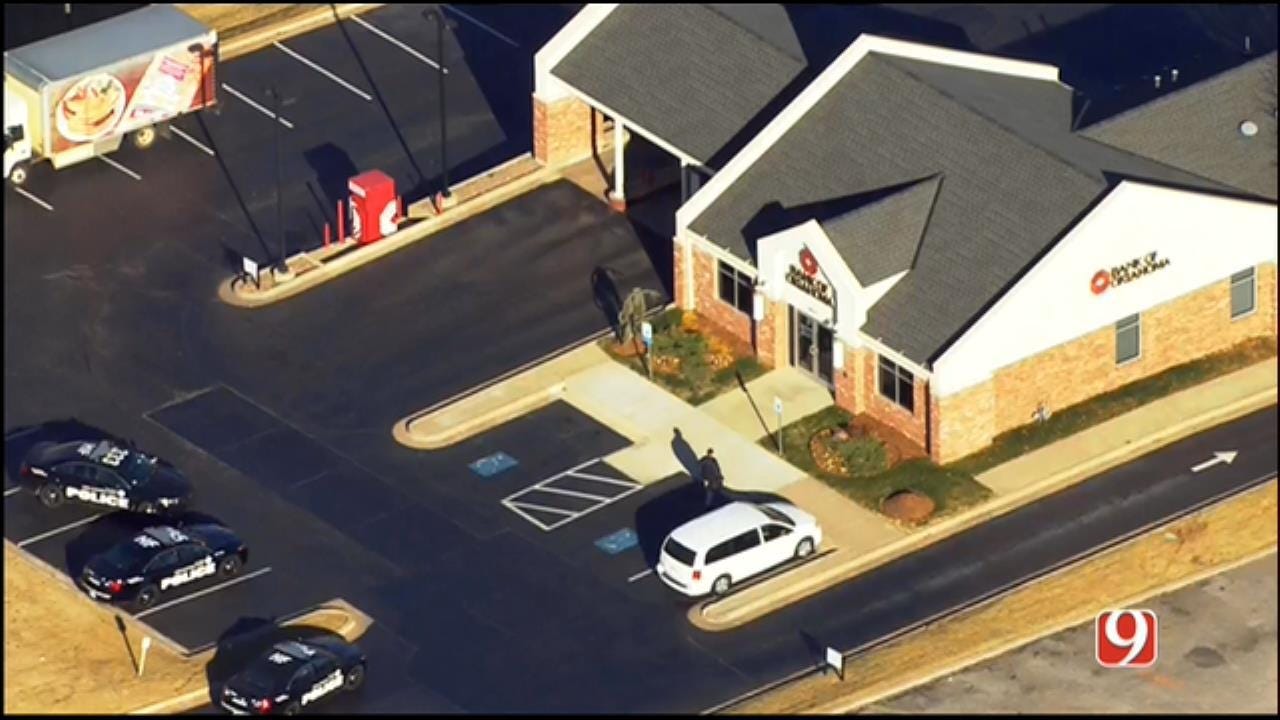 Police are investigating an armed robbery at a bank on the northwest side of the metro, Tuesday morning.

Officers were called out to the scene at the Bank of Oklahoma branch, located in the 6500 block of the Northwest Expressway, just to the east of N. Rockwell Avenue, around 9:30 a.m.

According to investigators, two black males wearing masks and dark clothing entered the bank with weapons drawn and demanded cash.

Both left the scene in a white sedan in an unknown direction.

Anyone with information about this incident is asked to contact the FBI Oklahoma City office at (405) 290-7770.

The Oklahoma Bankers Association offers a reward of up to $2,000 for information leading to the arrest and conviction of anyone responsible for robbing a member bank.