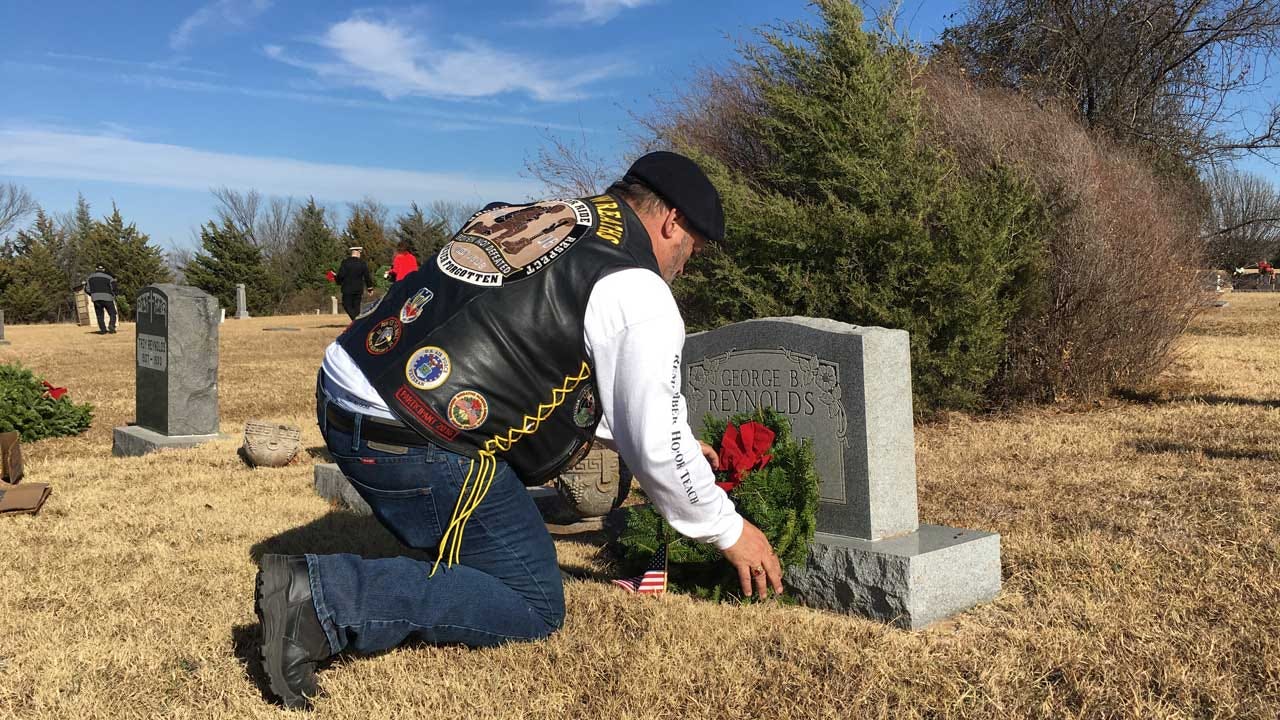 Christmas wreaths were laid across America Saturday at the graves of veterans who are no longer with us. Dozens of volunteers rolled through Oklahoma spreading the holiday spirit to those who served our country and lost their lives.

“I know their spirits feel me,” said Ralph “Rowdy” Butler, who started Oklahoma’s Roll To Wreaths in 2014 after seeing the national effort to remember the fallen.

Fundraising has helped Butler grow the program annually, but there are still Oklahoman service members whose graves remain untouched. The volunteers do their best to send their thoughts to them.

“I miss them, truthfully,” he said.

Piazza lost four of his friends during the Vietnam War.

“We worked together as a group as a team, as any of the units did that were in Vietnam,” he said, “and the camaraderie, you will not find it nowhere else.”

Piazza said most civilians get so busy they forget to take a moment to reflect on the men and women who fight to protect our country.

Butler, who served in both the Army and the Air Force, admits those fighters do not sign up for the accolades, though.

“When that flag is flying I know I’ve got my freedom,” Butler said, “and the price that we pay is unconditional. We don’t want nothing in return. We never asked for anything in return.”

For Christmas, at least, the fallen can rest in peace in the spirit of the season.

“Their shadow, their silhouette, is looking back at me and saying thank you,” said Butler.

The wreaths will remain at the gravesites of veterans through the New Year. To learn more about the Roll to Wreaths project, click here.