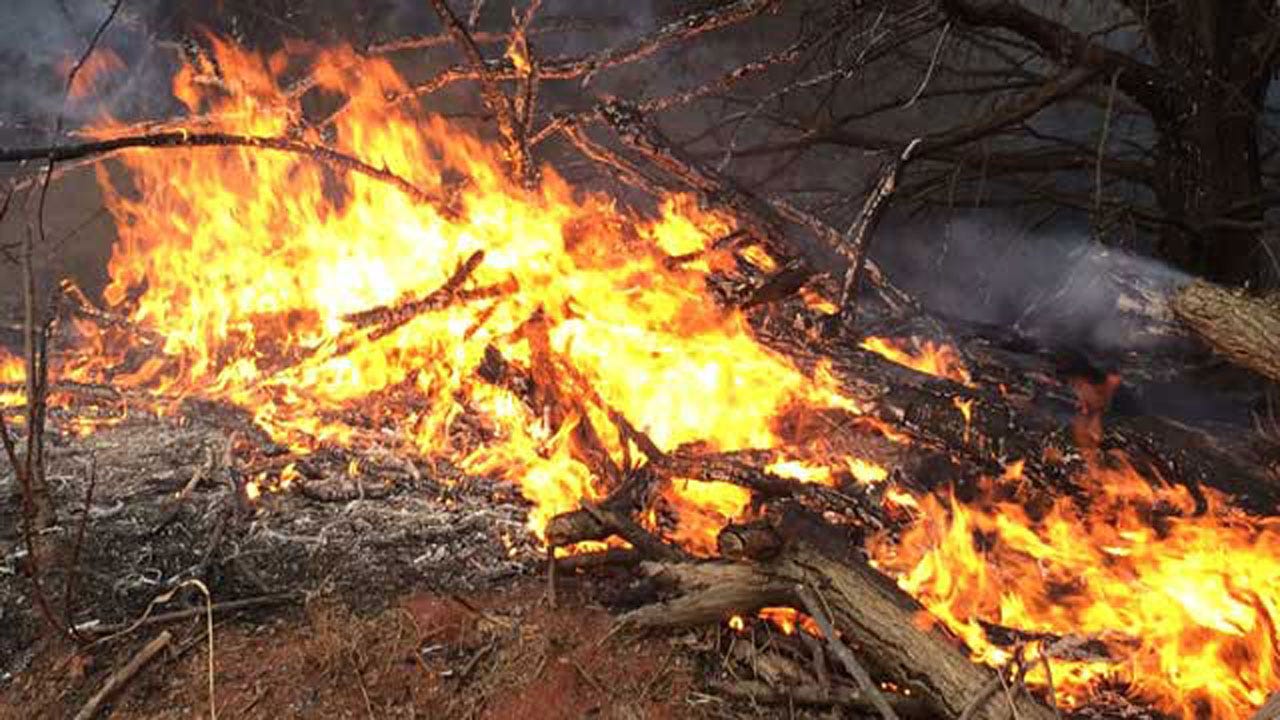 Fire officials said wind and dry conditions made the flames difficult to control.

Early in the afternoon, a wildfire started just outside Guthrie near a trailer used for storage.

“A lot of wooded area is all it is, but the call came out, small fire next to a structure. With these dry conditions, no water, you see what we're fighting with,” Sooner Fire Chief Jeff Ware said.

No one was hurt in the fire, but it was just the beginning.

In Grady County, several fires popped up near mile marker 94.

It didn’t stop near the metro area. A wildfire broke out in Ellis County as well.

While the causes of some of the outdoor fires are still being investigated, the homeowners near Guthrie said the fire started from a trash pile they were burning.

While very few counties in the state have burn bans now, Ware doesn’t recommend outdoor burning at this time.

“If you don't have to burn outside, barbecue, don't. We're in dire need for some rain. With no rain, everything's dormant,” Ware said.