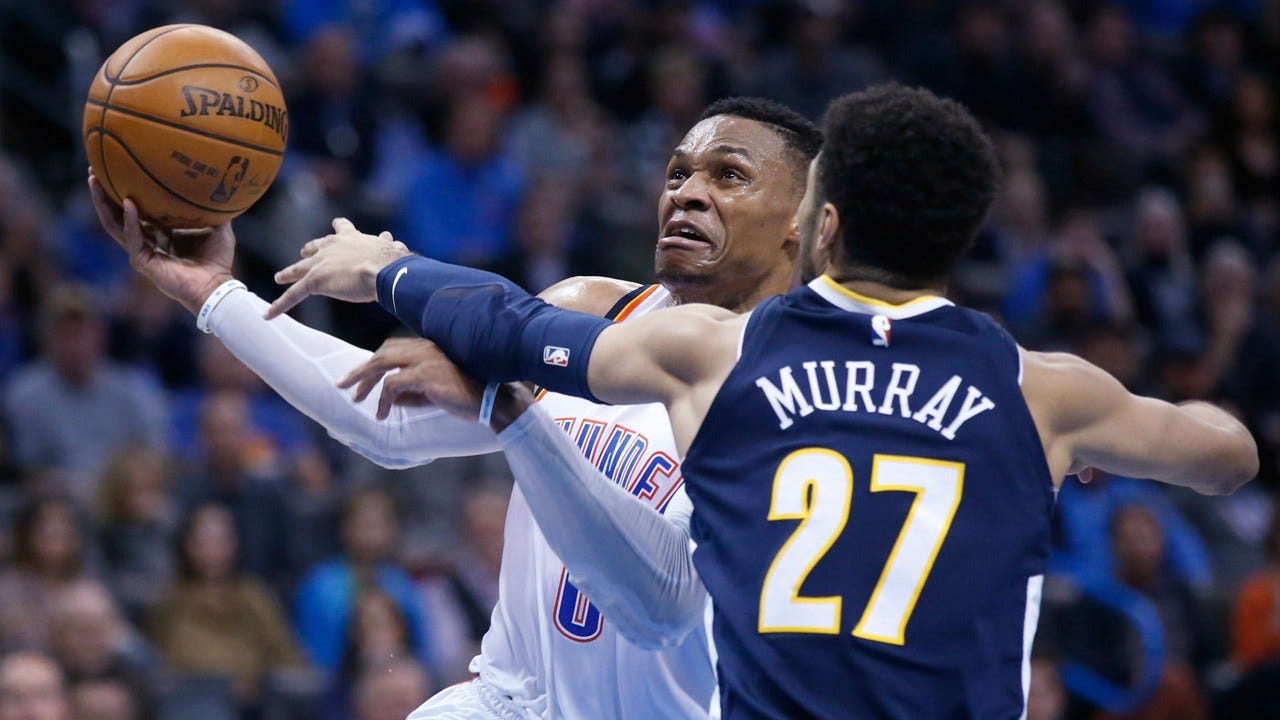 Russell Westbrook scored 16 of his season-high 38 points in the fourth quarter, including the tiebreaking free throw with 2.3 seconds left, to lift the Oklahoma City Thunder to a 95-94 victory over the Denver Nuggets on Monday night.

Westbrook made the first of two free throws to put the Thunder ahead. He missed the second, and the Nuggets called timeout with 1.7 seconds left. Denver's Gary Harris missed short on an off-balance 3-pointer as time expired.

Westbrook also had nine rebounds and six assists for the Thunder, who have won seven of 10 to even their record at 15-15. Oklahoma City survived, despite just eight points from Paul George and four from Carmelo Anthony.

Harris scored 17 points, Trey Lyles had 15 and Torrey Craig added a career-high 14 for the Nuggets, who led by 10 points early in the fourth quarter.

Oklahoma City led 52-44 at the break. The Thunder, who often have struggled in the third quarter, did so again at the start of this one. Denver rallied to tie the game at 54 in the opening minutes. The Nuggets took the lead on a layup by Wilson Chandler and followed with a 3-pointer by Craig that rattled in.

The Thunder rallied with an 8-0 run that included two 3-pointers by Alex Abrines, but Denver bounced back to take a 76-70 lead into the fourth.

Westbrook re-entered the game in the fourth quarter after a rest and went to work. His layup tied the game at 94 with just under two minutes remaining to set up the finish.

The Thunder hosts the Jazz on Wednesday.