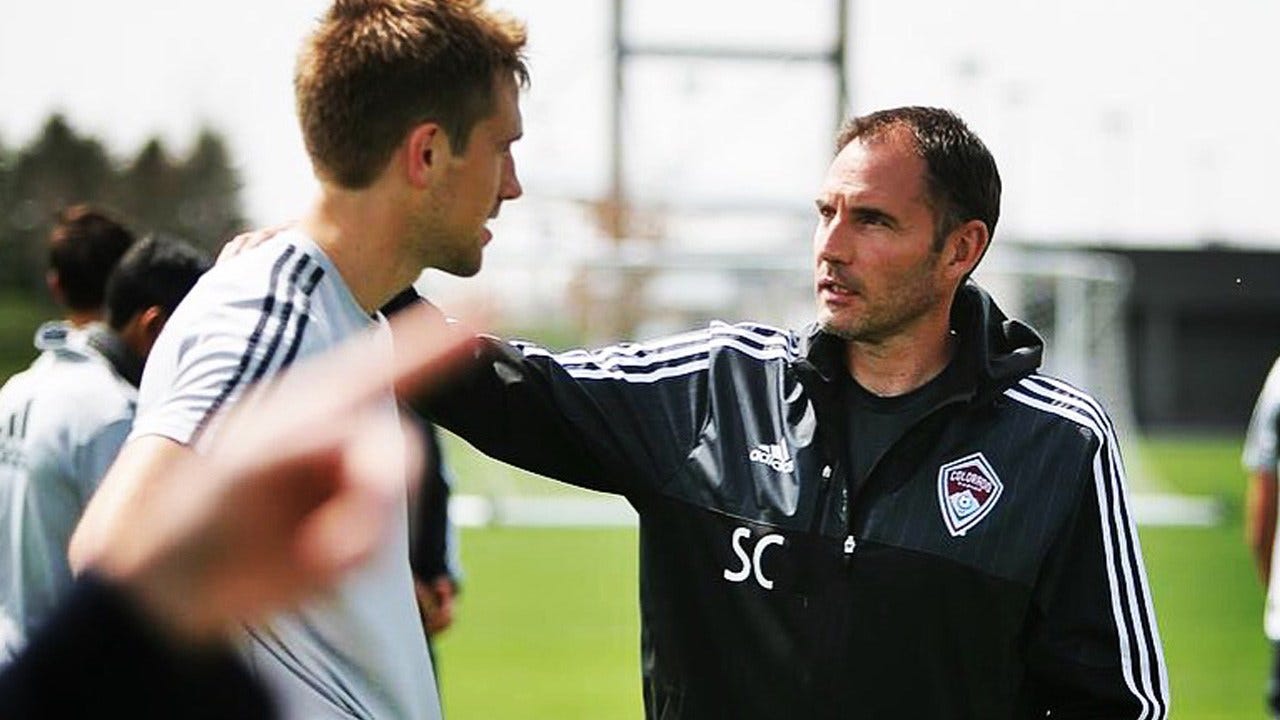 Most recently, Cooke served as a coach at several levels with the Colorado Rapids of MLS.  His career with the Rapids began in 2010 when he was named Technical Director within their development academy.  After two years, he added the title of assistant coach with the first team to his duties which he held until the middle of the 2017 season when he was named interim head coach of the club.

Prior to joining the Rapids, the Sheffield, England native worked as Technical Director for Neusport Football Club in Las Vegas from 2007-2010 and spent 10 years in Arizona as a Director of Coaching for Serano Soccer Club and SC Del Sol.

Cooke originally moved to the United States in 1996 after six years with Sheffield Wednesday Football Club, then of the English Premier League, as Youth Team Coach and Centre of Excellence Director.

A graduate of Carnegie College, England, he owns his UEFA “A” Coaching License, USSF “A” Coaching License and is one of four coaches in the USL and one of only 30 in total that have earned their Pro License from U.S. Soccer.    In addition to those elite qualifications, Cooke was part of the first Elite Formation Coaches License course conducted by the French Football Federation in conjunction with Major League Soccer.

“First, I want to express my sincere gratitude to owners Bob Funk Jr. and Tim McLaughlin for their faith and trust in appointing me as Head Coach and Technical Director of OKC Energy FC,” said Cooke.  “It is an incredible honor and privilege to be part of their organization and to help execute on their vision and plans for the years ahead. I am joining an outstanding group of professionals and want to thank Jeff Ewing and Jason Hawkins who were instrumental in bringing me to Oklahoma City.”

Cooke continued, “The whole club culture and philosophy of everyone involved was something that is immensely attractive to me.  The opportunity to guide and work alongside the players at this club is extremely exciting for me and I look forward to helping them all achieve success together.”

“Additionally, to be able to implement and enhance the entire technical program throughout the club is a tremendous motivation for me. From our USL professional team and PDL group, and throughout our Academy and youth soccer programs I will aim to fully integrate our player development pathway, and help all of our players maximize their potential and reach their desired goals."

"I am thrilled to start working with all of the OKC Energy staff immediately, and look forward to meeting everyone in the Oklahoma City community very soon”

“Steve brings a wealth of coaching experience to our club,” said Energy FC co-owner Bob Funk Jr.  “With over 20 years of experience, domestic and international and at all different levels including the MLS and EPL, we felt he was the coach to lead our first team, oversee the direction of our other interests like U23s, the U21s and the teams within OEFC.  A team represents the community; a club is part of the community.  We believe that Steve and his staff will be a model for us to continue the progress made as we transition from a professional team to a professional club."

Cooke begins immediately and has the benefit of nine players from the 2017 Energy FC squad as the foundation for his club.  Forwards Miguel Gonzalez and Jonathan Brown; midfielders Juan Pablo Guzman, Jose Barril, Philip Rasmussen and Alex Dixon as well as defenders Kyle Hyland, Richard Dixon, Coady Andrews and the newly signed Shawn McLaws are under contract for the 2018 campaign.