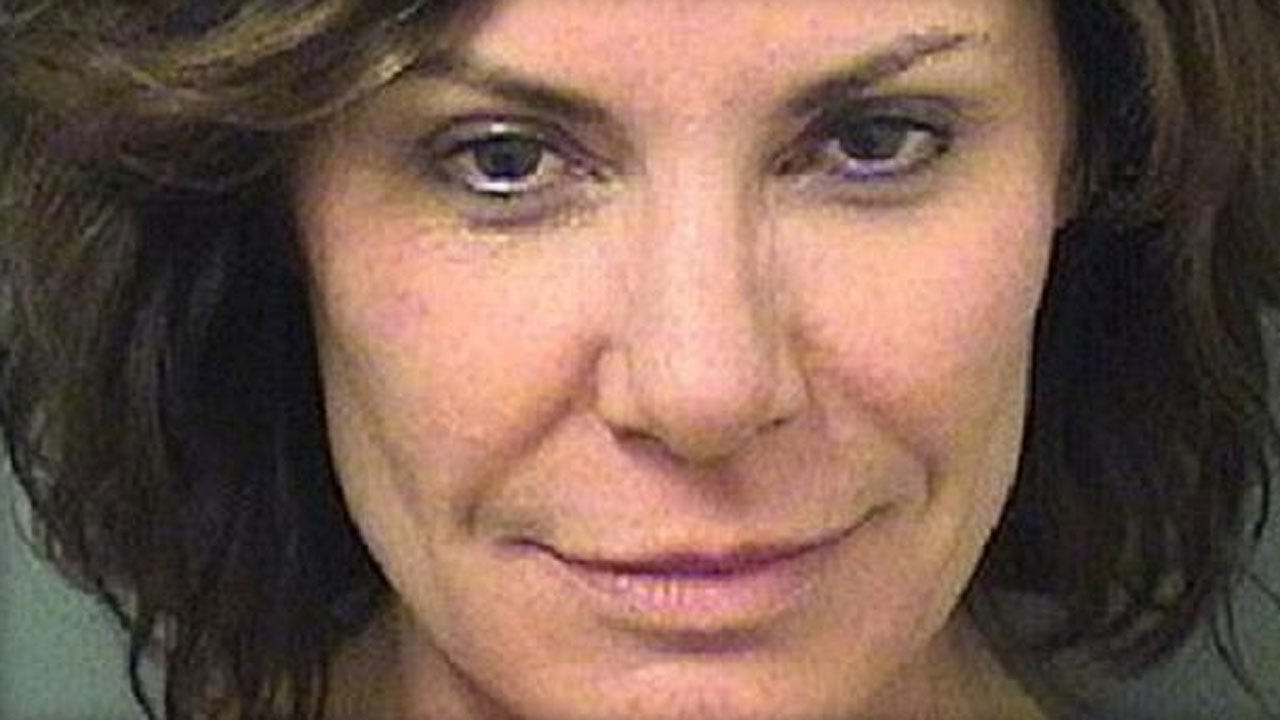 The police officer who arrested Luann de Lesseps two nights before Christmas wrote in a police report that the suspect managed to remove her handcuffs while in his patrol car, and tried to escape. De Lesseps is a star of the reality television series "The Real Housewives of New York City."

De Lesseps, 52, was booked into jail Sunday on charges of battery on a law enforcement officer, resisting arrest with violence, disorderly intoxication and corruption by threat.

The officer wrote in the report that police were called to The Colony Hotel about a man and a woman in a bed in a hotel room that wasn't theirs. The hotel security guard said they entered the room while a maid was completing turndown service.

When police arrived, they found de Lesseps and a woman in the room, the officer wrote in the report. The "had slurred speech and appeared to be highly intoxicated," he wrote.

The officer wrote de Lesseps locked herself in the room's bathroom before allegedly shoving another officer and slamming a door in such a way that it struck his face. She was soon handcuffed and brought to the officers' patrol car.

But while in the car, de Lesseps allegedly slipped out of the handcuffs and "attempted to exit the vehicle," the officer wrote. The officer said he removed her from the car to reapply the handcuffs, at which point she allegedly tried to free her arms once more.

Once de Lesseps was returned to the vehicle, she allegedly kicked the door to keep it from closing before saying, "I'm going to [expletive] kill you," the officer wrote. Initial media reports about the incident indicated that de Lesseps kicked an officer, however that allegation is not included in the police report.

Later, at the police station, de Lesseps was placed in a holding cell, from where she allegedly repeated the threatening words to the officers multiple times.

De Lesseps' spokesperson, Pete Sanders, sent a statement to The Associated Press on Sunday, offering her apologies to anyone offended by her behavior. She said it was her first time in the tony enclave since her wedding and "being there brought up long-buried emotions."

She said was committed to a "transformative and hopeful 2018."