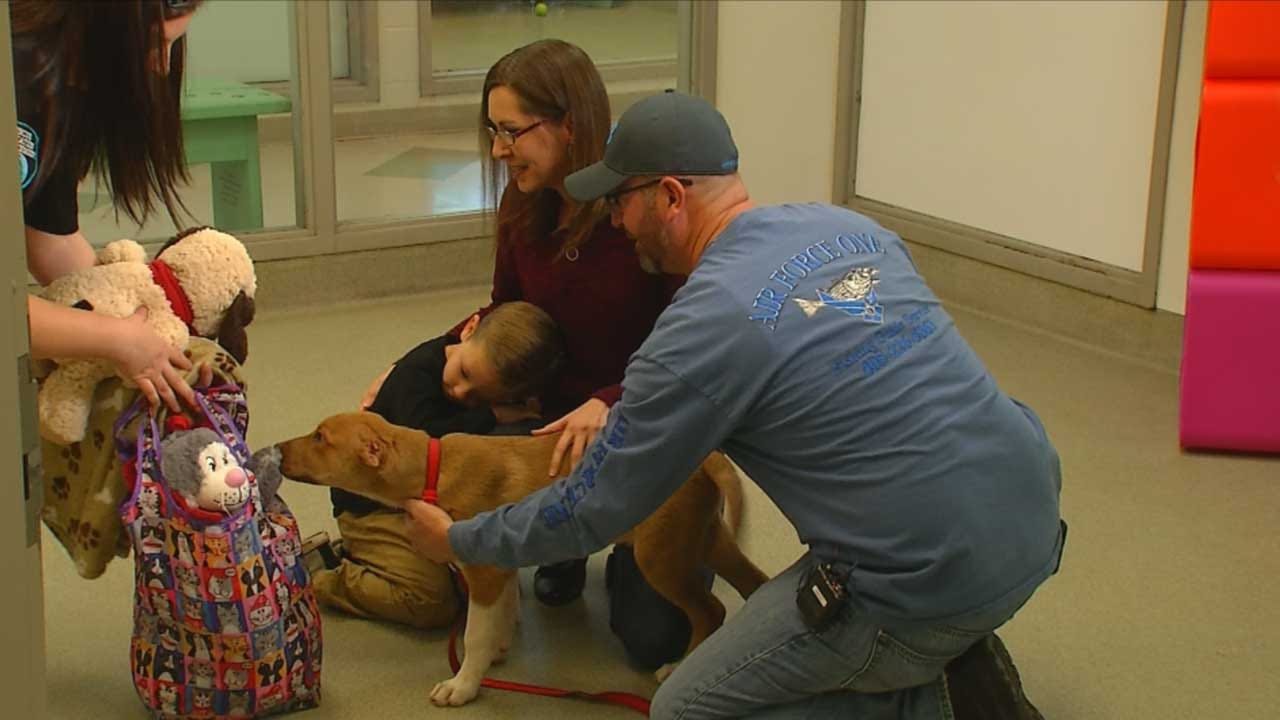 A puppy found with its ears cut off in southwest Oklahoma City last month has recovered. On Sunday night, he went home with his new forever family.

“It popped up on Facebook and as soon as I saw it, I mean, it broke my heart,” said Jesse Dean.

Dean and his wife April saw the condition of the rescued puppy on Facebook. They said they knew immediately that they wanted to adopt him.

In late November, a woman in southwest Oklahoma City found the dog whimpering in her yard.

She soon discovered someone had cut off his ears so she called Animal Welfare.

“It’s definitely one of the worst we've seen, obviously when you see a dog that had suffered through something like that, it had to be horrific for him,” said Jon Gary, Animal Welfare Superintendent.

The staff nicknamed him Rocky. After being treated by a veterinarian for a couple of days, he was sent home with a foster family to continue healing.

Now ready for adoption, the Dean’s along with their 5-year-old grandson Tucker arrived at the shelter on Sunday to take him home. They were chosen among a hundred others who wanted to adopt Rocky.

“He loves to play, loves being around children and we wanted him in a family with small children that they could grow up together with,” said Gary on choosing the Dean’s.

The family named him Mako, after the species of the shortfin shark.

“He's tough,” said Jesse. “Makos are tough fish, sharks, and he's a survivor and now he's going to get the love he deserves.”

“Ready to get him home, give him some love and give him a good life,” said April.

Animal Welfare is still looking for the person responsible. If caught they could face felony animal cruelty charges. If you have any information about this crime, call 405-297-3117. You could be eligible for a cash reward of up to $15,000.