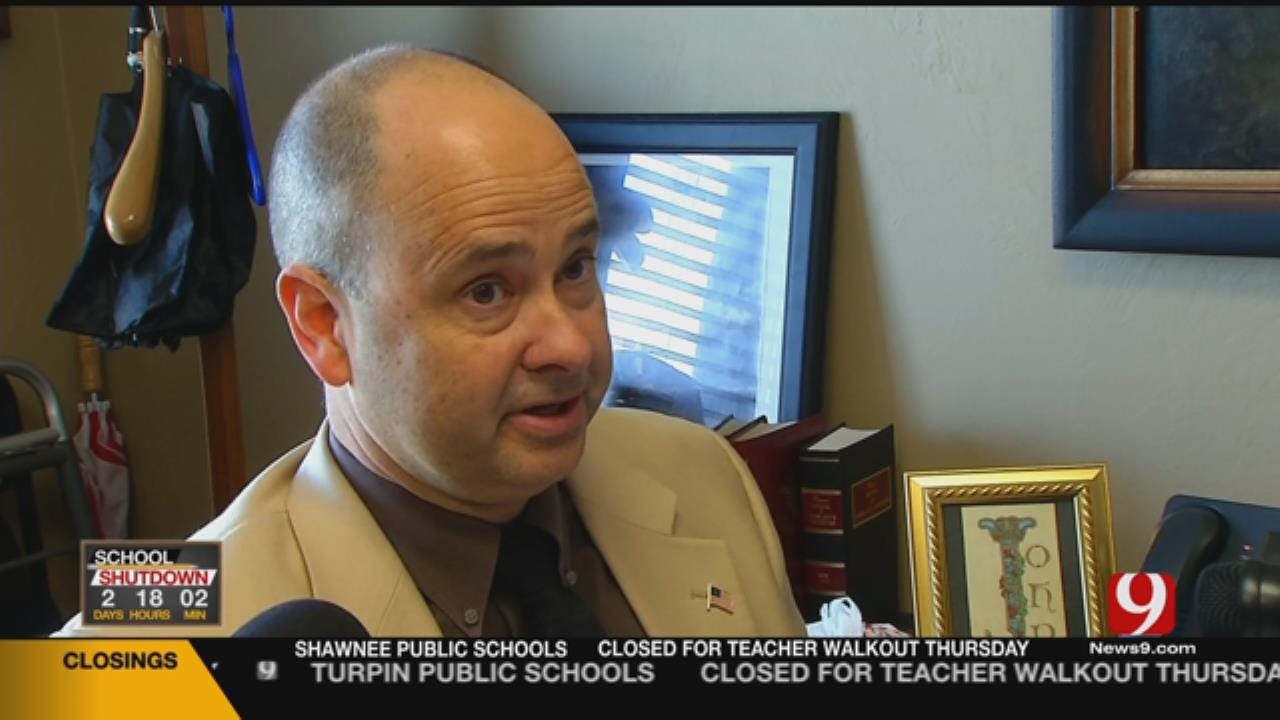 Another video has shown up on Facebook of a lawmaker telling teachers they wouldn't be voting for another bill, Wednesday.

The new video posted by Enid Republican Representative John Enns is driving another wedge between lawmakers and teachers.

Enns said 25 percent of roughly 5000 protestors were paid actors, bussed in from Chicago.

He initially denied the claims when asked about them, and later stated it was what he was told.

The atmosphere at the capitol is chaotic. Teachers, students and advocates lining the halls and demanding answers, but Enns said things have turned violent, alleging protestors were banging on his pickup truck, and yelling at him as he drove in.

Enns claims are a drastic departure from Oklahoma Highway Patrol, who said the protestors have been the "best you could hope for".

As for the paid actors, News 9 reached out to both OEA and the Screen Actors Guild of Chicago to find out if what Enns said was true. Neither organization got back to us, but it would cost roughly $870 thousand for an operation of that size.