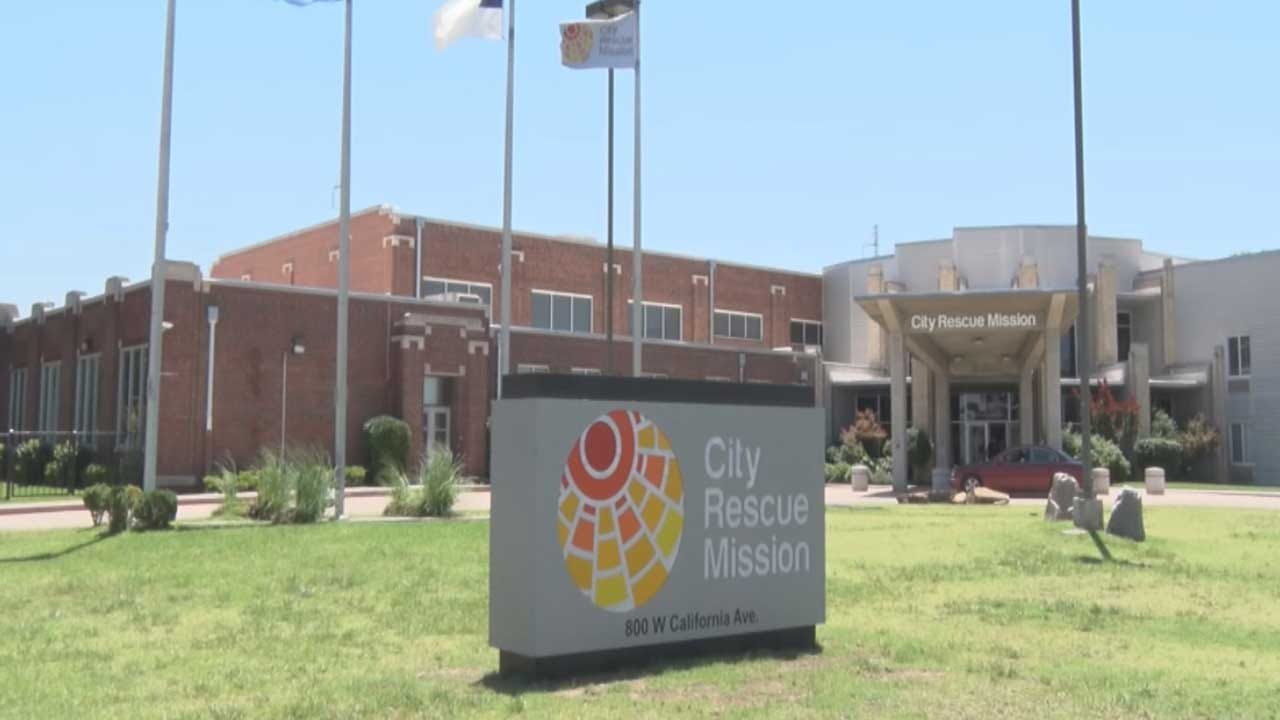 Oklahoma's largest provider of free recovery services has a new look. The City Rescue Mission in downtown Oklahoma City is celebrating a rebranding, which organization leaders hope will bring more people to its door. They do not want it to be known as just a homeless shelter.

There are nearly 650 beds available at the Mission for people in varying states of crisis, but the goal is not for them to stay indefinitely. The goal is to get them hope and help.

Rays of sunshine now beckon to those in need on the newly unveiled mosaic sun logo, a more inviting look than the cityscape logo the Mission used for decades. It represents a light of hope, and the stained-glass look is a nod to the faith services provided there.

President Tom Jones explains, “It says, instead of ‘I’m sorry that you had to go through all of this, woe is you,’ instead we’re going, ‘Oh, this is your lucky day! Come on in here!’”

When Tom Jones took over a decade ago, there were people who had been calling the building home for a decade. Now the average stay is just 45 days.

“That includes our sixth month recovery program all the way down to people who come in, they’ve lost their job,” says Jones. “They’ve been out of work for two or three months, used all their savings, don’t know what to do, so they come here. We help them get a job.”

The Bridge To Life program at the Mission also helps people who are battling mental health issues, like Stefanie Baird, who was going to attempt suicide on the anniversary of her father's death.

Someone saw her, and got her help. You could call it divine intervention. As that anniversary approaches again next week, Stefanie is using the faith lessons she learned in the program to make it through.

“Been praying a lot,” she says, “and crying a lot still. I don’t think the crying ever stops, but I’m not doing it by myself.”

As the Mission reaches out to even more people in need, they are also launching their recovery program online in the next month, all for free. It is all made possible by generous community donors, just like all the services offered in person.

“We’re excited because it’s going to be available to everyone in the world,” Jones says.

To connect with the City Rescue Mission’s resources, click here.