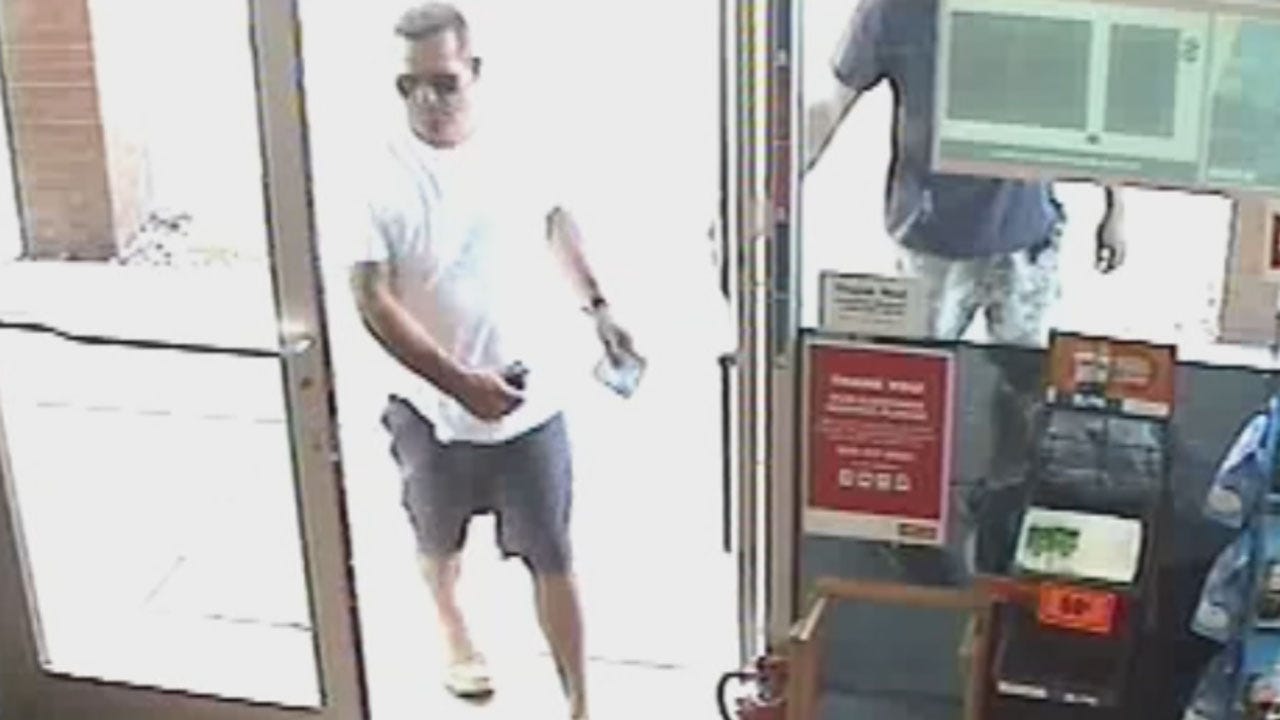 Oklahoma City Police say they are searching for a suspect who was caught on camera cashing in a winning lotto ticket.

Officers say he stole the scratch-off from one of two vehicles he broke into on June 14th.

A woman says he also stole her wallet, earrings, and a gift card.

“I locked my car up and I put my purse in my front seat thinking I am perfectly safe here. I have never had anything happen to me at work. It should be fine,” says Pamela Gentry.

Gentry lives and works as a fast food manager in Elk City, but on the day of the break-in she was visiting another location in Oklahoma City.

She says that she has lived with anxiety since the burglars broke in, and it’s because other co-workers also had their cars broken into.

However, there were no signs of forced entry, and Pamela is sure she locked her vehicle and set the alarm.

“I googled how in the world did someone get in my car. It turns out that there is new technology that you can download to your phone. It will scan every key code to a vehicle. Kinda like gone in 60 seconds. When they go and they scan the cars, well that's what they did to mine,” says Gentry.

By picking up frequencies from nearby keyless entry fobs, experts say criminals can use inexpensive devices to replicate unlock buttons.

“It's because my car is an older model. That's what I found out. They newer model cars, the way they make them now… with the alarm systems, it changes with a snap of a finger, with mine that doesn't happen. Mine stays one key code,” says Gentry.

She says she was able to track down these photos of the suspect with amateur police work.

Gentry remembered she wrote down the number on her $3 Diamond Mine.

“I won $75 on that thing. I was so excited,” says Gentry. “I just happen to call the lottery commission and on a chance and say hey, is there any way you can find out if this ticket has been cashed? It was stolen from me. They called me back about five minutes later and said, 'Yes ma'am it was cashed about 5 o'clock that evening.”

Gentry is asking anyone with information to call Oklahoma City Police to make sure these kinds of burglaries do not spread.