Michael J. Fox: Working Towards Cure For Parkinson's "One Of The Great Gifts Of My Life" 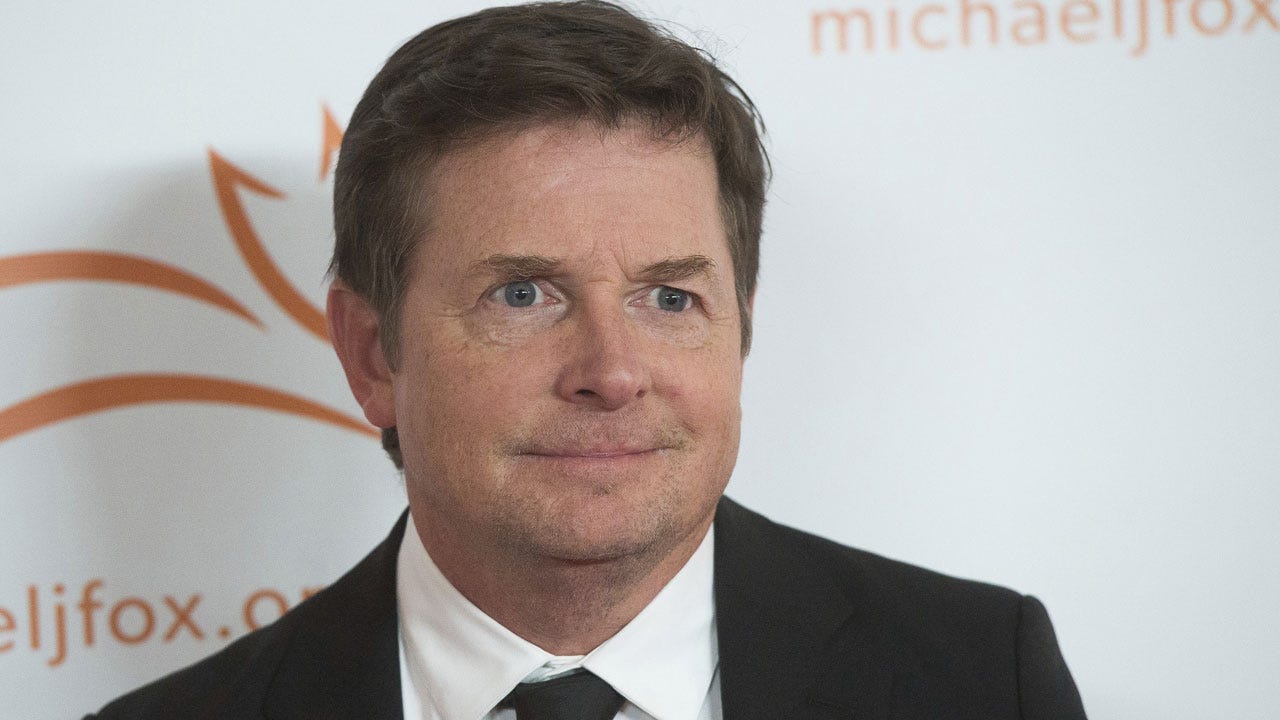 A time-traveling Michael J. Fox astonished Christopher Lloyd in the 1985 movie "Back To The Future" ... little imagining what his REAL future would hold. What it's brought is a challenge Fox has met with courage, resolve, and remarkable good humor, as Jane Pauley reports (Originally broadcast October 29, 2017):

Throughout the 1980s Michael J. Fox was the personification of youthful physicality. A decade later, starring in the hit TV series, "Spin City," his main acting challenge was to act like someone who didn't have Parkinson's.

In one scene he grabbed his foot.  "You're supposed to be nervous, so it kind of works," Pauley said.

"My first choice wouldn't be to grab my foot, as an acting choice, but it worked in the scene," Fox said.

But the 100th episode, he presumed, was the last act of his acting career. The season finale was called, "Goodbye."

He noticed the first troubling muscle tremor at the height of his career, while filming "Doc Hollywood" in Florida.

Pauley, who'd come down then to do an interview with Fox, recalled, "It's not like we were great personal friends or anything, but I felt funny, like something [was] wrong. I came away with the perception that you were distracted.  Am I projecting?"

"I may have been," Fox said. "If you'd come in that period, I would have been very distracted."

It was his pinky finger; it wouldn't stop twitching. It would be a year before he found out why.

What did he know then of Parkinson's? "Somebody's grandmother had it. I mean, it was not a thing that I noticed or thought about as this 29-year-old guy."

"Did the doctor know who you were?"

"Yeah, and in fact, that is one of the few times in my life I felt like saying, 'Do you know who I am? This is ridiculous. You can't tell me that!'  This was a case when I just thought, this is preposterous that this is happening to me."

His slurred speech, muscle stiffness and tremors are the signature symptoms of the disease.

Fox's doctor told him, "'You have 10 years left to work. They're working on some things. There's some things in the pipeline.' … Little bit of hope, but it wasn't enough for me. I felt very shocked by it."

"Yeah, 'progressive.' All the stuff that now is just like irrelevant to me. I'm not about measuring how long something will last or Can I do this? and this terrible thing. I mean, it's just pointless. It's just another thing that you face and you carry on."

But there was a long, private struggle before he went public. "I took seven years between when I was diagnosed and when I went public with it. So, I took a long, selfish period of time when I just dealt with how it affected me and was concerned with me, and accent on me."

He revealed his diagnosis in 1998, and testified before Congress:

"As I began to understand what research might promise for the future, I became hopeful that I would not face the terrible suffering so many with Parkinson's endure. But I was shocked and frustrated to learn the amount of funding for Parkinson's research is so meager."

And in 2000 he went all-in. Fox formed a team to raise money targeted for research that would lead to improved treatments to slow, stop and reverse the progression of the disease -- and someday find a cure. To date the Michael J. Fox Foundation has raised more than $800 million from private donations. "Closing in on a billion, yeah!"

"It's predicated really on your impatience?" asked Pauley.

"You've heard this 1,000 times, but if couldn't have happened to a better person."

No one here would argue, at a panel of men and women taking part in a Fox Foundation online database called Fox Insight, where patients join researchers in the quest for breakthroughs.

Typically a late-in-life disease, only 1 in 10 develops "early onset" Parkinson's like Fox did.

Diagnosed about 25 years ago, Fox is the veteran in the room. Though Jim was diagnosed 18 years ago: "I was 29 when my symptoms started coming out, and 31 when I got the diagnosis," he said.

One participant, Claudia, explained the information she and others provide to the database: "You tell them, when your Parkinson's start? What was your first symptom? What types of symptoms do you get? What medications do you take? And the more information they get, the faster they'll get to a cure."

Fox says he's not expecting a cure in his lifetime, but he is expecting vastly-improved therapies. "And I'll take that in the short term.  The idea of finding that eureka! moment and the thing that cures it, I don't know that that'll happen in the next 20 years. But I do think we'll have therapies where it's a vast improved quality of life for people with Parkinson's."

Yet his own struggle is never far out of sight.

Fox explained, "I mean, I'm also interacting with you in an intense way and I'm keyed up and I'm excited and engaged. And so that fires off all kinds of neurons and it gets all kinds of things happening. But the principal thing is the exchange, so I'm much less concerned with being still and not being collaborative and being engaged. I can make myself still, but I won't be as animated."

He demonstrated for Pauley when happens when he makes himself quiet, and still.

"But we're not talking," she said.

"Well, because things are firing. I have to think. And the same neurons that fire my thinking fire my body."

Fox is more than just the face of Parkinson's; with two bestselling memoirs, "Lucky Man" and "Always Looking Up," infused indomitable spirit and optimism, he's the face of hope.

Jennilynn, another Fox Insight participant, said, "It was actually his books that got me out of the first two years. I didn't plan for the future. I did nothing. I literally didn't even have a bank account, really. I had no idea how long I was going to be functional. But reading the books, like, there was a level of ferocious positivity and fierce optimism that got my fire lit again."

Now 57, Michael J. Fox is a grateful man. Married 30 years to actress Tracy Pollan, they have four children. And he's still a working and award-winning actor.

Pauley asked, "Do you presume there's still special things ahead of you?"

"So, 50 years from now, do you think you'll be remembered for the 'Back to the Future' movies, or for a cure for Parkinson's?"

"I had a moment with somebody and they said, 'Someday there's gonna be a cure for Parkinson's and it's gonna be because of you.' And to me this was the first time that it really struck me. And I didn't -- and not that I took it seriously, but I feel part of something that is much more special -- if it happens it's much more special than any movie or any TV show."

News On 6 Here are six things you need to know for Friday before you set your alarm.

News On 6 Here are six things you need to know for Friday before you set your alarm.
View More Stories

News On 6 Here are six things you need to know for Friday before you set your alarm.

‘Excitement Is Huge’ As Creek County Fair Underway Despite COVID-19

Kristen Weaver Many fairs have been canceled due to COVID-19 fears, but not Creek County's. It opened Thursday for people to get their fair fix and fried food.