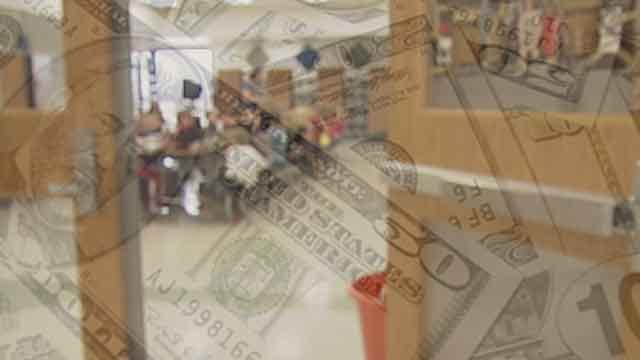 A public school funding measure will be up to the voters in November.

State Question 801 would allow school districts to use property tax revenue for operational costs such as teacher pay. As of now, those funds are primarily used for building funds.

Gov. Mary Fallin issued the election proclamation Thursday and voters will decide on this question on Nov. 6.

If State Question 801 passes, school boards will be allowed to use existing property tax funds to use in the classroom, such as teacher pay and textbooks, without raising taxes.

Only a simple majority is needed for this state question to pass.

Our schools don’t have enough funding, and State Question 801 doesn’t do anything to fix that. Schools already use the funding addressed in SQ 801 to pay for capital projects and repairs. By putting this measure on the ballot, Governor Fallin is asking schools to start choosing between paying their teachers and repairing broken buildings. While it’s being pitched as a solution, in reality, SQ 801 merely shifts the burden of funding our schools from the state to our local communities. Not all communities have the same wealth, so this measure will increase the funding disparity between our richest and poorest school districts. SQ 801 does nothing to improve our public schools for Oklahoma’s students.