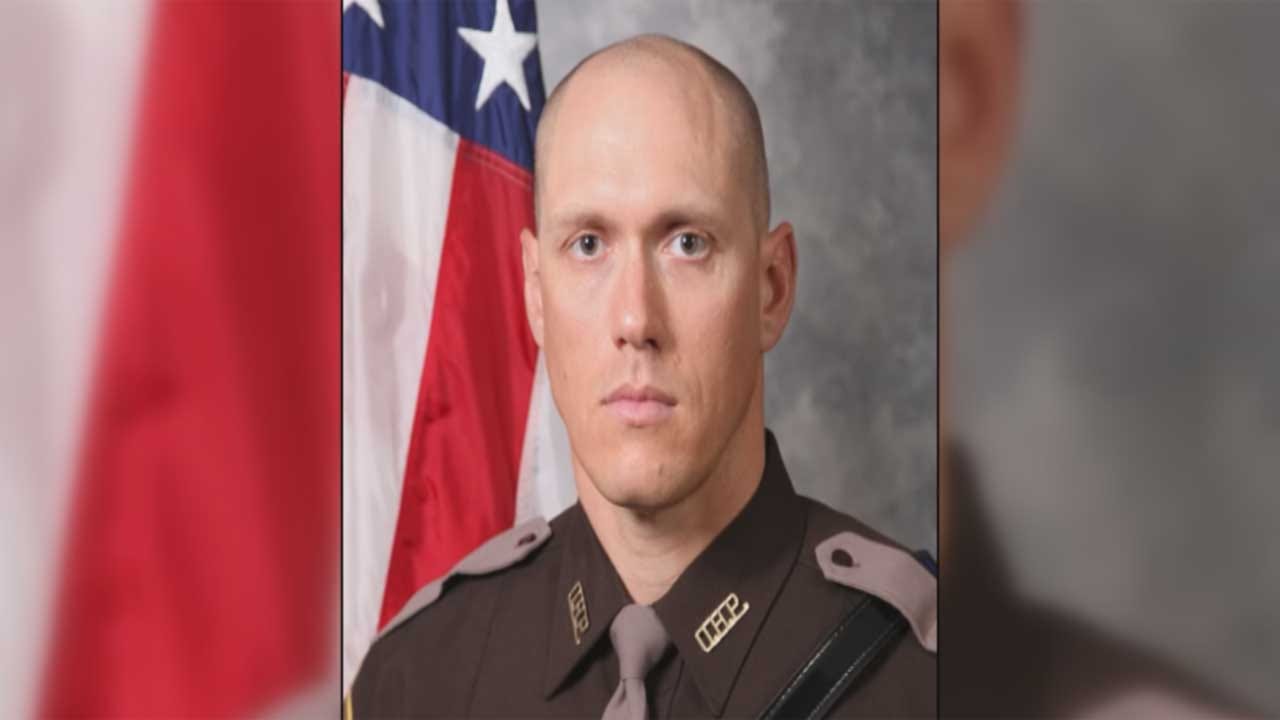 Witness video shows the moments a trooper was shot at Sunday in Woodward.

One day later, the trooper is recovering at OU Med.

“He had a fractured rib that had done some damage to either a vein or an artery that ran along the side of his rib that caused some internal bleeding. No surgery will be required,” Colonel Mike Harrell said.

The suspect meanwhile, is recovering from a shot to his hand.

Arturo Ramirez has been arrested before in Dewey, Woodward and Ellis counties.

Past charges range from speeding, to assault on an emergency medical technician and resisting an officer.

Investigators say Sunday, Ramirez was simply being pulled over for a seatbelt violation.

Instead of stopping, Ramirez lead Ellis to the Woodward Days Inn parking lot and began started shooting from inside his car.

“A perimeter was established with cooperation from local law enforcement and the suspect was apprehended by the Oklahoma Highway Patrol,” Harrell said.

After being treated for his injuries, Ramirez will be booked at the Woodward County Jail.

Ellis is still at OU Med but will not require surgery, according to OHP.

Harrell said this is only Ellis' second year on the force.

“These guys are my heroes. They face an unknown danger every time they step outside that car,” Harrell said.