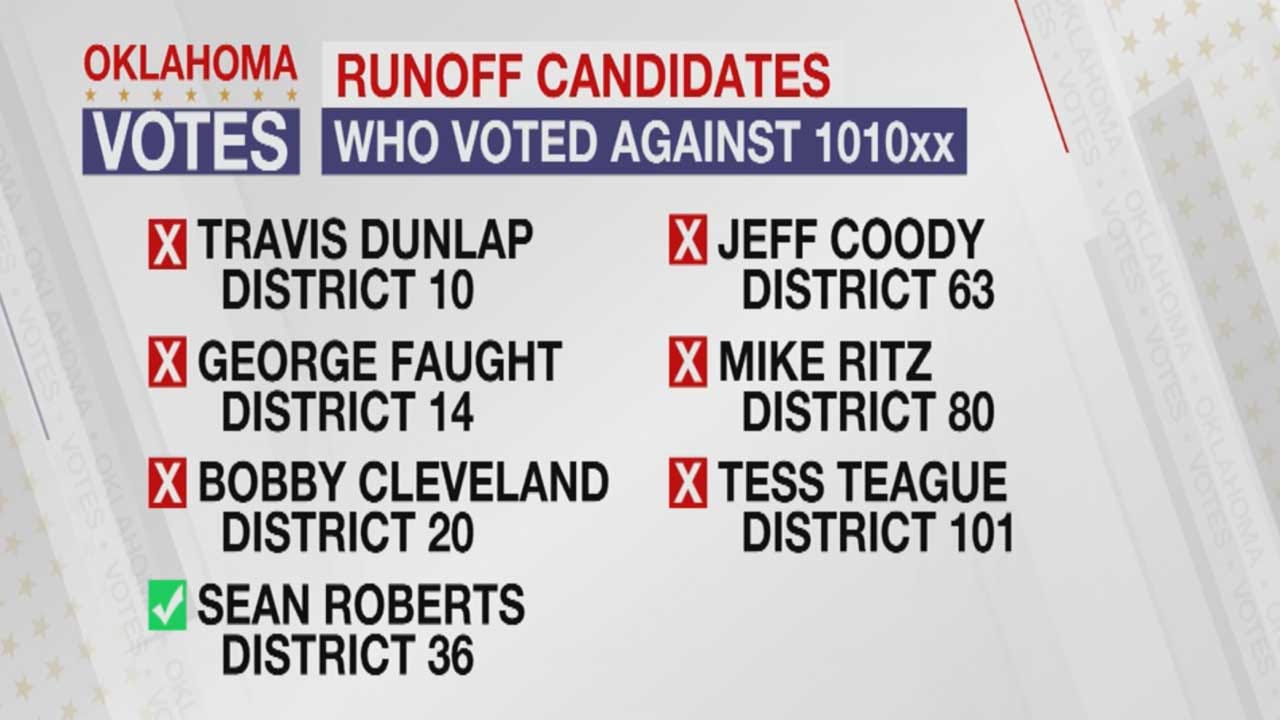 During last legislative session the battle cry for educators became "Remember in November."  But a large majority of lawmakers Oklahoma teachers were targeting, won't even make it to the general election.

“I knew with him being an incumbent he was going to have a stronghold, so I knew it was going to be close,” said Conley.

Cleveland was elected in 2012 and won his seat back every election since. Tuesday night, he was one of six incumbents who voted against 1010xx and lost.

Sean Roberts was the only one who narrowly won, so he will keep his seat at the Capitol.

“The mere fact that they lost in a republican runoff speaks volumes on where the republican electorate is right now,” said SoonerPoll’s Bill Shapard. “They want you to govern, they want you to fix the problems.”

Conley is also one of five teachers who won and will join more than 40 other current educators moving on to the general election. She will be facing a former teacher Steve Jarman.

“I think that’s probably what’s going to be tough and it’s really going to come down to who the voters feel like is the better representative for their district,” said Conley.

All the incumbents in Tuesday night's runoff who voted for 1010xx won their races.