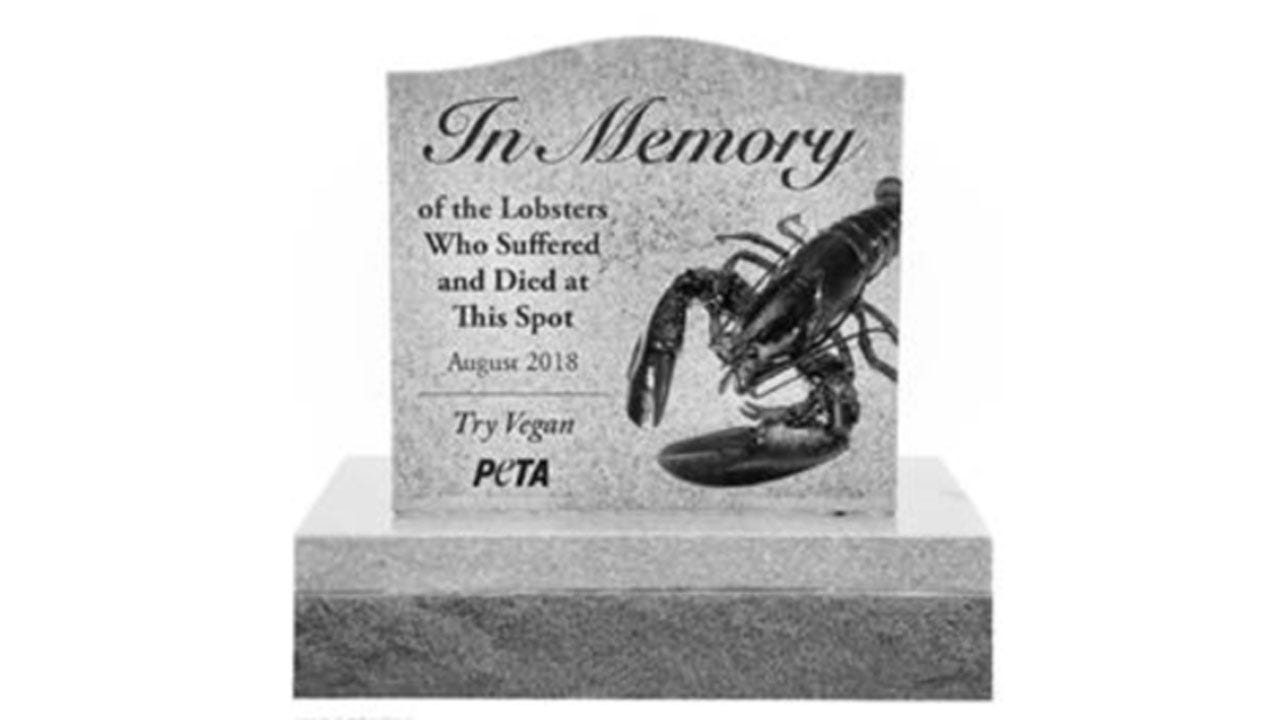 Maine state officials are rejecting a proposal by an animal rights group to build a “roadside memorial” in Maine near the site of a truck crash that spilled 7,000 pounds of live lobster.

People for the Ethical Treatment of Animals asked the Maine Department of Transportation for permission to build a tombstone on Route 1 in Brunswick, asking drivers to “Try Vegan.”

Central Maine reports the department sent a letter back Thursday saying no signs are allowed mostly for safety reasons.

Authorities say the Aug. 22 crash in Brunswick happened when a driver drifted off the right shoulder and hit an embankment on Route 1. The truck was carrying 60 to 70 crates of lobster, and traffic was backed up for hours as crews worked to clean up the crustaceans.