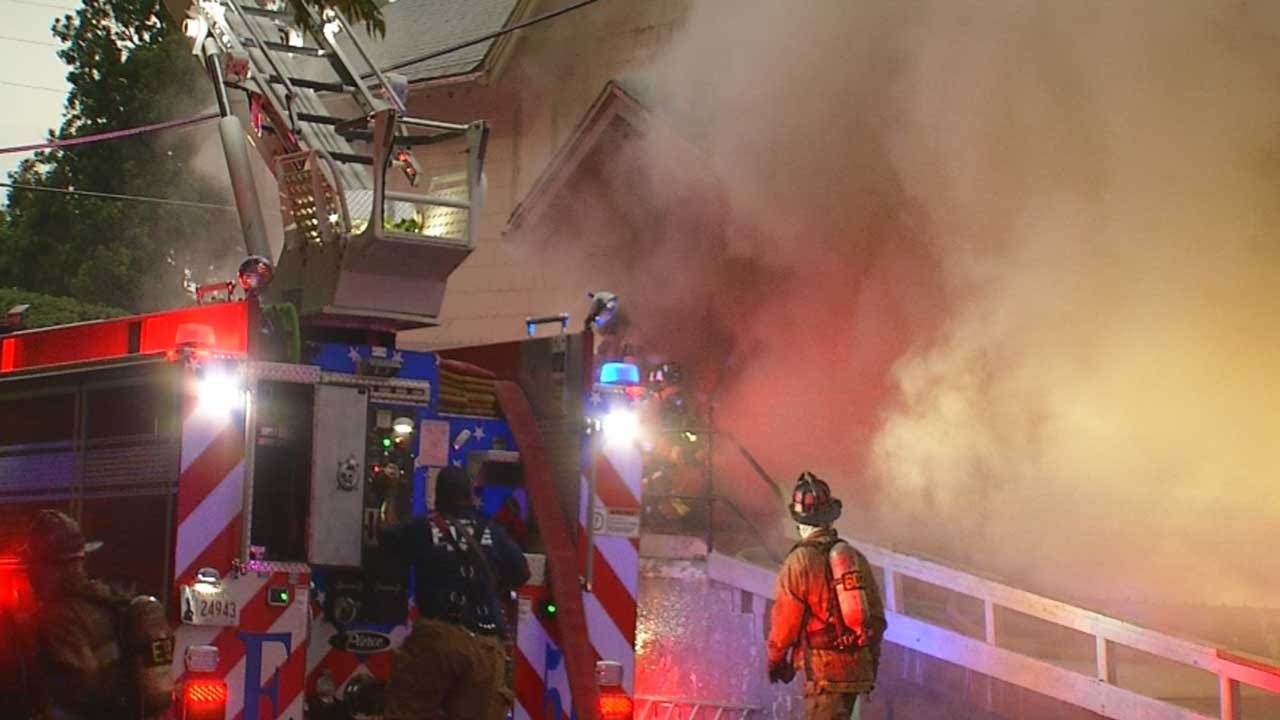 Oklahoma City firefighters are trying to put a stop to vacant house fires. There have been multiple fatalities this year, and they say the issue is connected to homelessness.

Firefighters say the latest house that caught fire was unsecured when it sparked earlier this week, causing $11,000 in damage. While they did not find anyone in the home when they arrived, they say there is a common theme that needs to be addressed.

To date, Oklahoma City fire has responded to more than 70 vacant building fires in 2018, a quarter of all their calls. While it is hard to determine how they sparked, firefighters say the cause is either arson or accident.

Battalion Chief Benny Fulkerson says, “When you look at it like this, you have a vacant structure. There are no utilities to the structure. Something had to start that fire.”

In many cases, people without a home of their own are to blame.

“It’s a sad situation,” Fulkerson says. “You’re dealing with people that don’t have anything. They’re just trying to survive.”

Four homeless people have died in vacant building fires this year, and with 50% more people living on the street than in 2017, city planners admit options are limited.

“They have to tell people to leave the home,” says senior planner Jerod Shadid, “often times there is no place for them to go because we have a bit of a shortage of low barrier shelter beds at the moment.”

The city is working with outside agencies to change that. A new shelter would not be open until next year, though.

In the meantime, firefighters urge the owners of the city's 887 vacant properties to check on them regularly and make sure they are secured. They are also exploring other ways to save lives.

“We’re looking at things like, can we put fire safety literature maybe in homeless shelters?” Fulkerson proposes. “Can we maybe get the homeless shelters to stay open a little bit longer during the winter months?”

Firefighters say if you see any suspicious activity happening at a vacant home in your neighborhood, please report it to 911 to get the occupants help and prevent a potential tragedy.