$2.5M Bond For Border Patrol Agent In Killings Of 4 In Texas 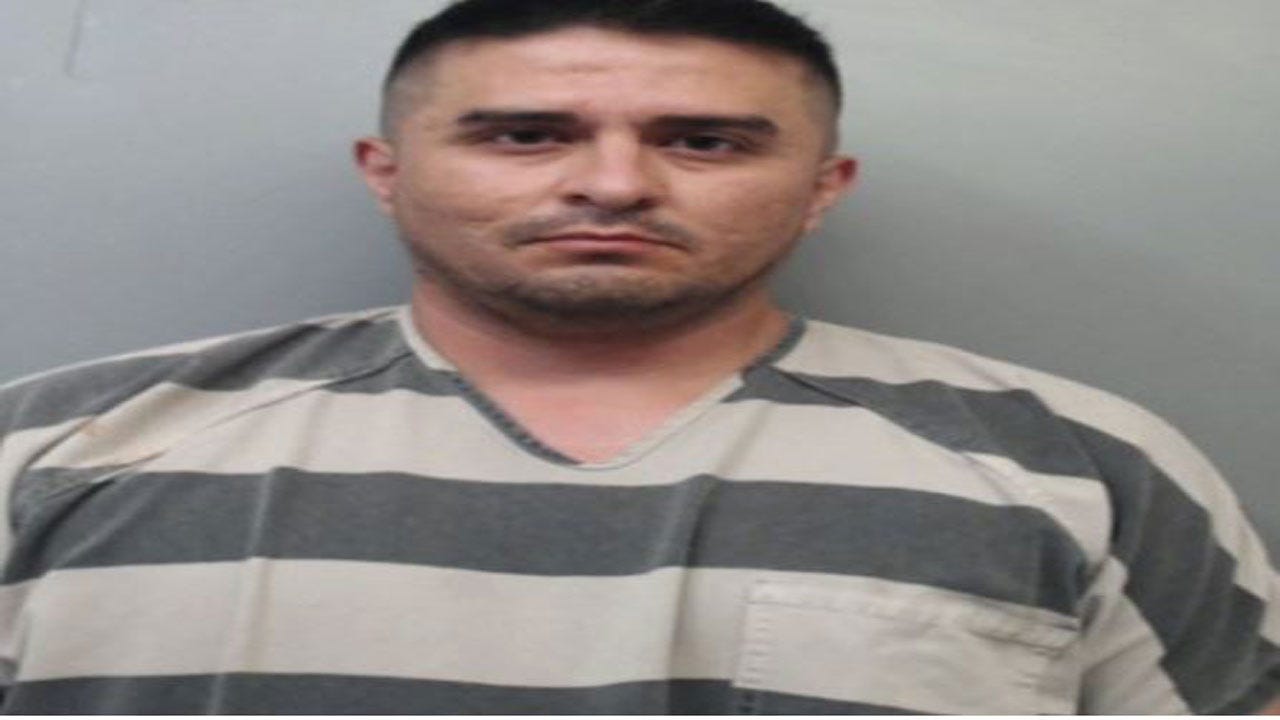 A U.S. Border Patrol supervisor was jailed Sunday on $2.5 million bond in Texas, accused in the killing of at least four women and of injuring a fifth who managed to escape.

Juan David Ortiz, 35, was being held in Laredo on four counts of murder along with charges of aggravated assault with a deadly weapon and unlawful restraint, Webb County jail records showed.

Ortiz was arrested a day earlier, after being found hiding in a truck in a hotel parking lot in Laredo, at about 2 a.m. Saturday, capping what investigators portrayed as a 10-day string of violence. Webb County District Attorney Isidro Alaniz said Saturday that investigators “consider this to be a serial killer.”

Alaniz described how the Customs and Border Patrol intel supervisor continued going to work as usual throughout that time.

“As law enforcement was looking for the killer ... he would be reporting to work every day like normal,” he said.

It all began with the discovery Sept. 4 of the body of 29-year-old Melissa Ramirez. According to a police affidavit, Ortiz said he killed Ramirez a day earlier. Like the other victims, Ramirez was shot in the head and left in a road in rural northwest Webb County.

She was a mother of two.

A second victim, 42-year-old Claudine Anne Luera, was found shot and left in the road Thursday morning, badly injured but still alive, according to the affidavit.

The mother of five died at a hospital later that day.

On Friday, according to the affidavit, Ortiz picked up a woman named Erika Pena. She told police she struggled with Ortiz inside his truck, where he pointed a pistol at her, but that she was able to flee. She made it to a gas station where she found a state trooper whom she asked for help.

According to the affidavit, Ortiz told investigators that after Pena ran off, he picked up his last two victims, whose identities have not yet been released by authorities.

Jail records don’t list an attorney to speak for Ortiz, who had worked for Border Patrol for 10 years.

Alaniz said the dead are believed to have been prostitutes and that one of them was a transgender woman. At least two were U.S. citizens; the nationalities of the others were not known, he said. He said investigators are still working to determine a motive.

Ortiz was believed to have acted alone.

The federal agency issued a statement offering its “sincerest condolences” to the victims’ families and saying criminal activity by its employees is not tolerated.

The Texas Department of Public Safety, whose Texas Rangers are investigating, referred questions on the case to the Webb County Sheriff’s Office. Sheriff Martin Cuellar did not return several messages seeking comment.

Associated Press reporters Diana Heidgerd in Dallas and Matt Sedensky in Philadelphia contributed to this report.

$2.5M Bond For Border Patrol Agent In Killings Of 4 In Texas