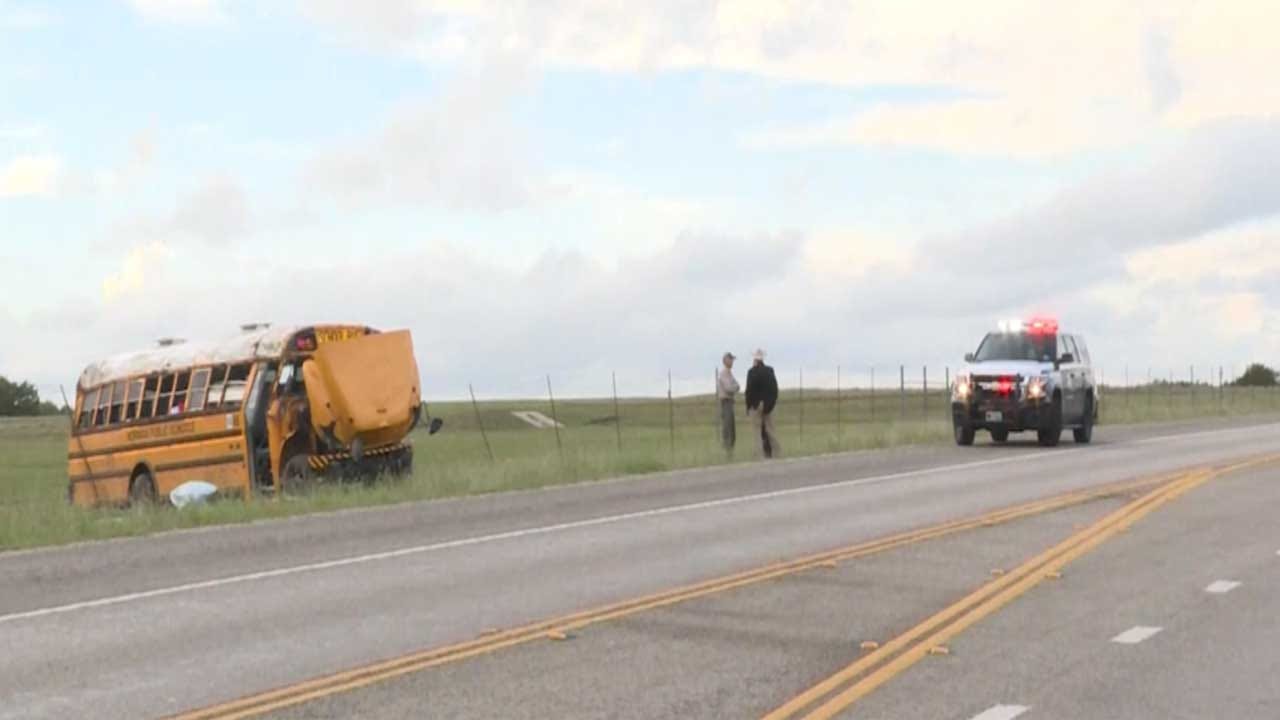 A Norman 5th grader remains hospitalized after a terrifying school bus crash over the weekend.

Extra counselors were on hand at the school on Monday to offer emotional support.

The school bus transporting the 27 female students and staff to Sea World flipped in Central Texas after the driver lost control on Saturday.

Marquetta Autry’s daughter was on the bus.

“It can definitely happen to anyone at any moment and life is short,” said Autry.

While her daughter walked away with scrapes and bruises, not all of the kids and staff on the bus were as fortunate. Sources said one her classmates remains in ICU at a Texas hospital. They said the 10-year-old has a skull and neck fracture but is able to interact with her family and visitors.

Norman Public School officials cannot release the student or teachers' conditions but said their injuries are not life threatening.

Texas public safety officials continue to investigate and said it could take several more days before they release the cause of the crash.

The bus carrying the boys was fine. Norman school officials said the buses taken on the field trip were equipped with seatbelts.