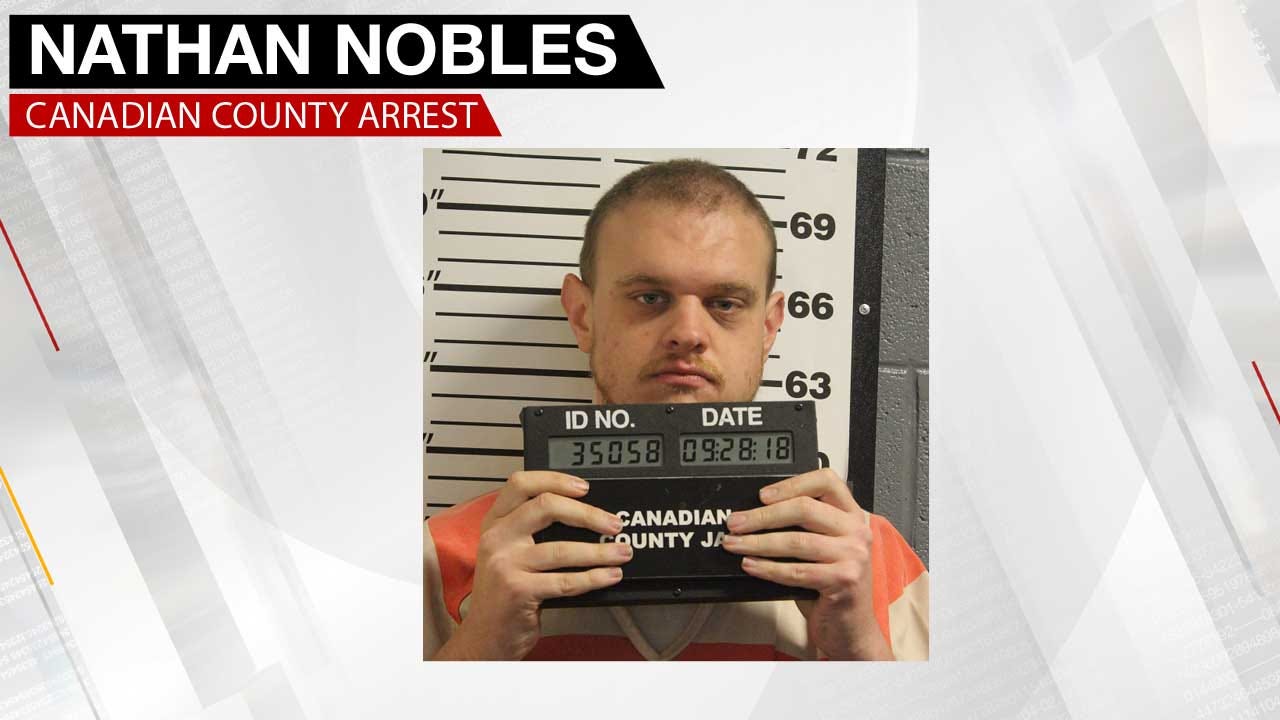 A Pauls Valley man was arrested Friday after the man made sexual comments and sent graphic photos to an officer posing as a 14-year-old girl, the Canadian County sheriff's office reported.

Nathaniel Nobles, 24, of Pauls Valley, was arrested on a complaint of lewd acts with a child under 16.

Officers began investigating on Sept. 24 when Nobles made contact with an undercover investigator on a popular social media app, the sheriff's office said.

The investigator told Nobles he was talking to a 14-year-old girl but Nobles quickly made the conversation sexually graphic in nature and sent photos of his genitals, the investigators said.

Nobles reportedly told the undercover investigator he had experience with younger girls, admitted to having sex with a 13-year-old girl in Norman, bragged how many times he had sex with Norman girl and explained in detail the sex he performed on the girl.

Investigators said Nobles told the decoy he loved her, wanted to have sex with her, detailed the sexual fetishes he wanted to do with her and claimed he masturbated while he talked to and thought about her.

Pauls Valley police arrested Nobles when he was trying to meet up with the 14-year-old.

The Canadian County investigators said Nobles admitted he had sexually abused a family member, had sexually assaulted a 13-year-old Norman girl and had sexual abused a 14-year-old Pauls Valley girl at a daycare facility he volunteered at.

“I find this to be extremely disturbing, and pray for the lives of Nobles’ victims. It breaks my heart to learn what Noble admitted to doing to these innocent children,” said Chris West, Canadian County Sheriff. “I’m very appreciate of the Pauls Valley Police Department for helping us with this case, and relieved we were able to locate and get Noble off the streets.”

The Canadian County investigators and Pauls Valley police are working to identify the victims.

Nobles was booked into the Canadian County jail on a $50,000 bond.