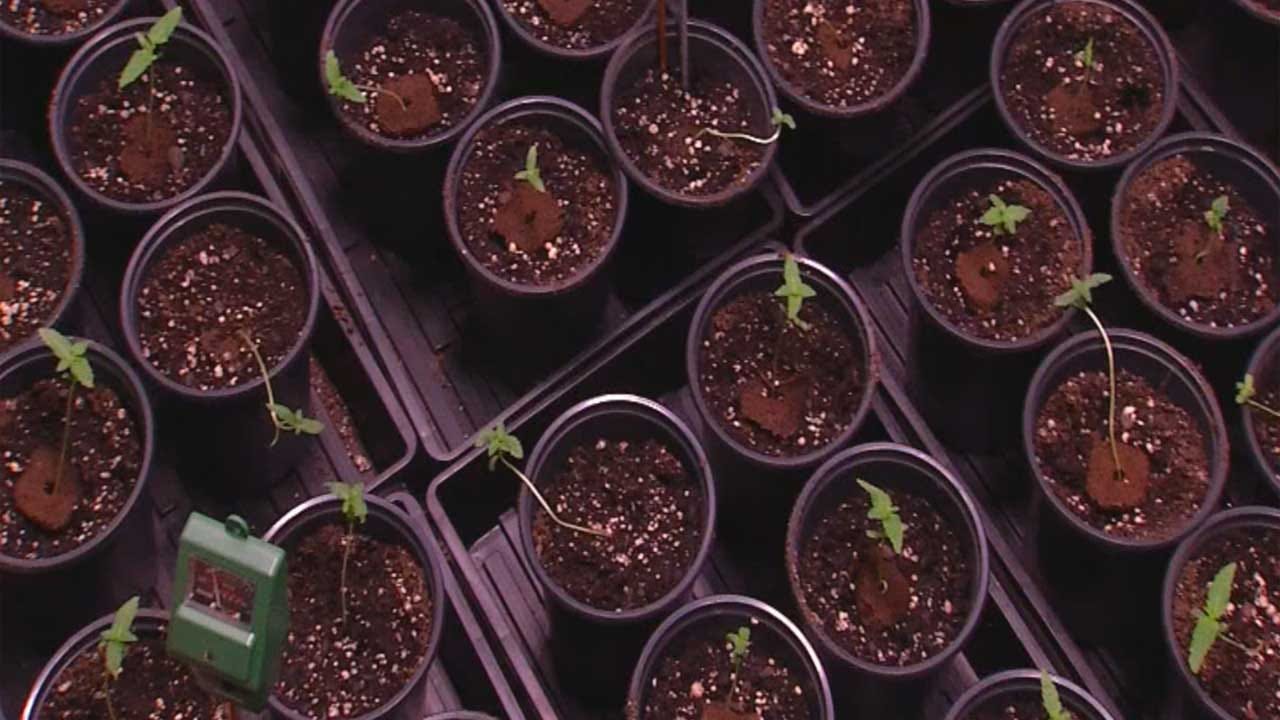 The owner of what will be one the first major medical marijuana grow operations in the state, hopes to be done with construction in two weeks.

Ziggyz owner Chelsea Davis has purchased a 20,000 sq. ft. warehouse to grow medical marijuana that will be sold in his stores.

“It gives us the ability to know the source of our products,” says Davis.

The warehouse will have 15,000 plants growing on hydroponic tables.

“Carbon filters purify the water as it comes in,” says Davis.

The warehouse has five 5,000-gallon tanks where water can be stored, and nutrients added.

The THC derived from the plants will be used in smokables, edibles and tincture forms of medical marijuana.

It will be 90 days before the mature plants can be harvested, but Davis is selling plants that are just now started to bud.

Those marijuana plants will be sold at the Ziggyz on 39th and Pennsylvania Avenue starting Wednesday. Six plants, the legal limit to own in Oklahoma, will cost you $200.

“Definitely a race. Hoping to get there first,” says Davis.