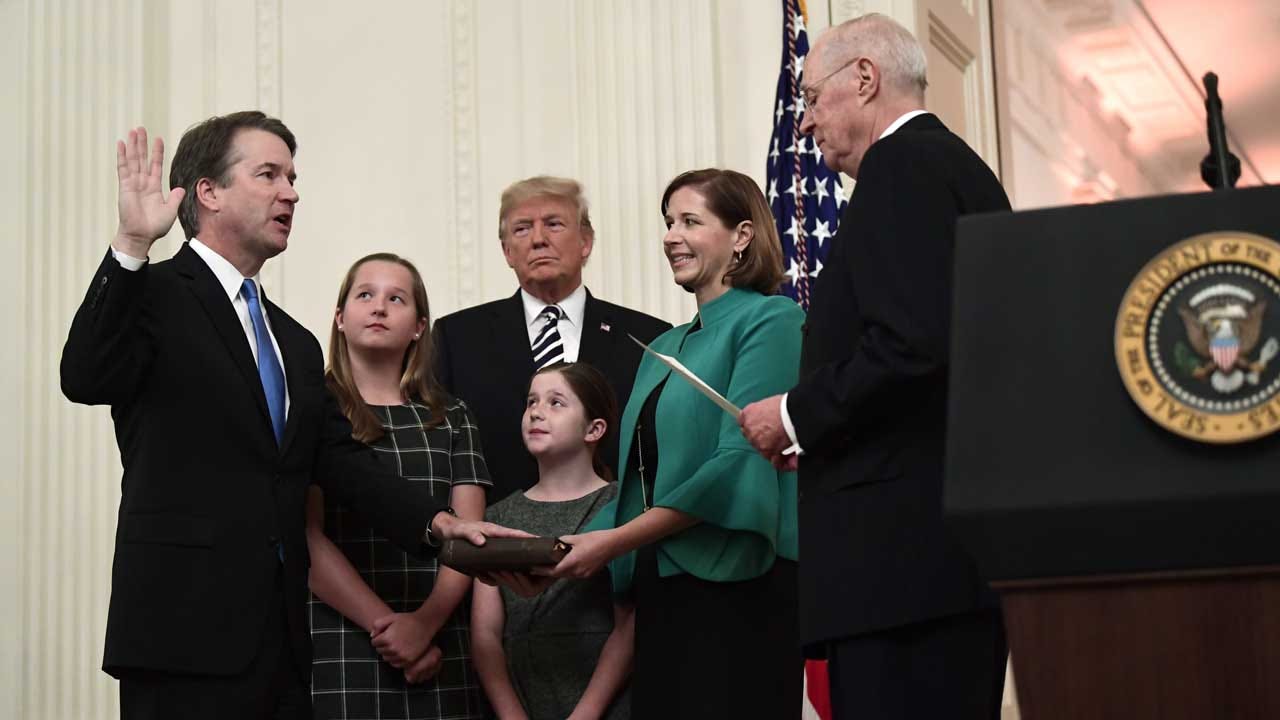 Brett Kavanaugh was already a Senate-confirmed, sworn-in Supreme Court associate justice on Monday night. Nevertheless, President Trump held a ceremonial swearing-in ceremony for him at the White House, as the president continues to revel in the successful confirmation of his second Supreme Court nominee in less than two years.

The Senate confirmed Kavanaugh in a 50-48 vote Saturday, when Mr. Trump was en route to Kansas for a "Make America Great Again" rally. Kavanaugh was officially sworn in that evening at the Supreme Court by Chief Justice John Roberts and retired Associate Justice Anthony Kennedy.

"False charges. False accusations," the president said at a convention for police chiefs in Orlando. "Horrible statements that were horribly untrue that he knew nothing about. Frankly, terms that he probably never heard in his life. He was this. He was that. He never even heard of these terms. It was a disgraceful situation brought about by people who were evil. And he toughed it out."

"The first lady regrets that she will not be able to celebrate with the Kavanaugh family on such a special evening, but she has a longstanding prior commitment she was unable to change at the last minute," the first lady's spokesperson, Stephanie Grisham, said in a statement first obtained by CNN.