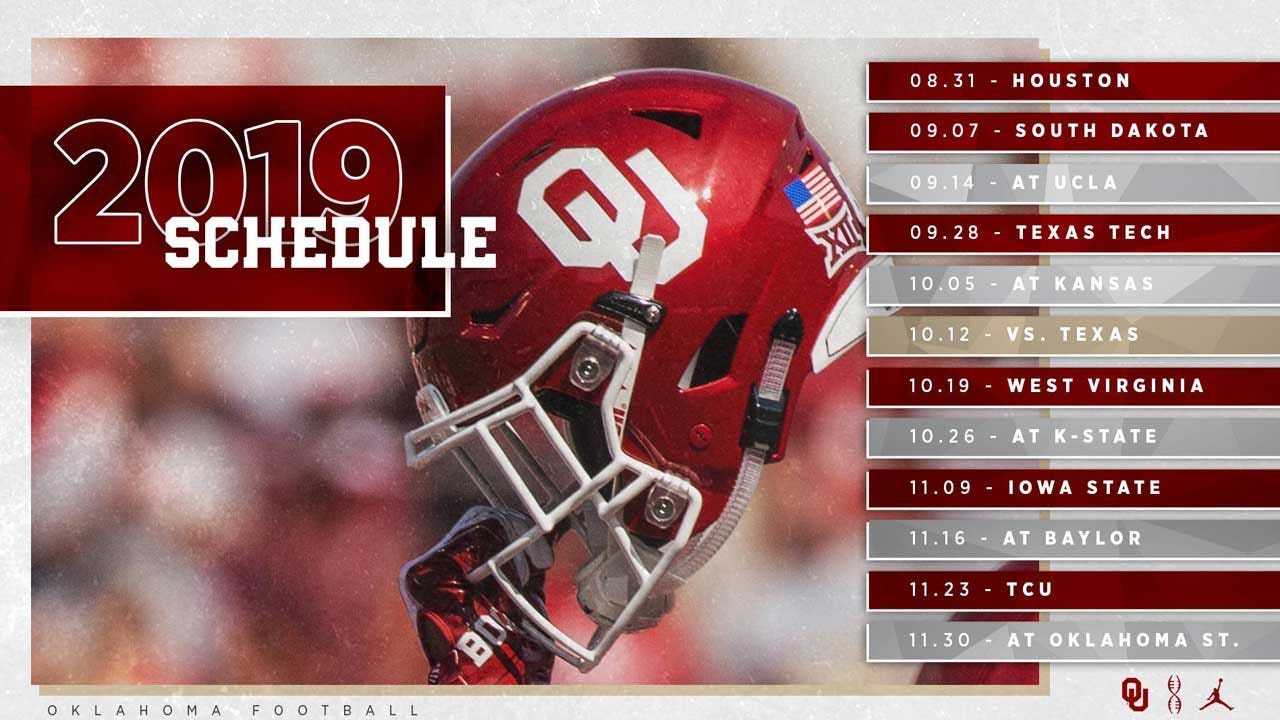 The University of Oklahoma's 12-game 2019 regular season football schedule was finalized Thursday with the release of next year's nine-game Big 12 Conference slate.

The Sooners start the season with three non-conference games. Houston and South Dakota will visit Gaylord Family – Oklahoma Memorial Stadium on Aug. 31 and Sept. 7 before OU travels to face UCLA on Sept. 14.

Another bye week precedes the last four games of the regular season. OU hosts Iowa State on Nov. 9, goes to Baylor on Nov. 16, wraps up its home slate against TCU on Nov. 23 and finishes at Oklahoma State on Nov. 30.

The top two finishers in the regular season standings will compete for the conference title in the Big 12 Football Championship Game, which is scheduled for Saturday, Dec. 7. The championship game will be played in Arlington, Texas' AT&T Stadium through 2021.

Dates are subject to change as adjustments are expected to accommodate television partners' requests. Television selections for the first three weeks of the season and special dates are due to the conference by June 1, 2019.