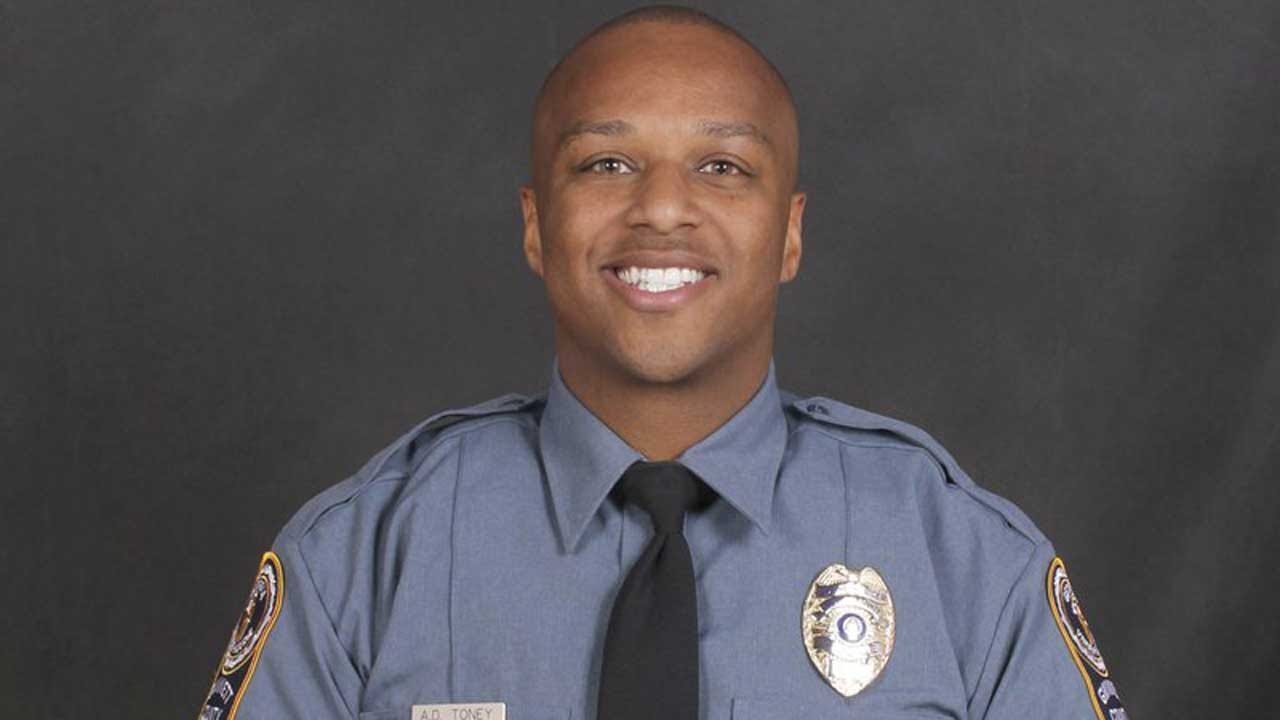 Two teen-aged suspects, including one who is still being sought by police, were charged in connection with the fatal shooting of a George police officer who was killed while responding to a suspicious vehicle parked near a middle school, authorities said Sunday.

Both suspects are from Snellville.

Toney died at a hospital from his injuries, police said. The 30-year-old from Southern California had been with the Gwinnett County Police Department for nearly three years. It was his first police job.

“The people that worked with Officer Toney on a daily basis recalled a very jovial person who was dedicated to his job and dedicated to his community,” Gwinnett County Police Chief Butch Ayers said.

According to police, Pretlow drove the vehicle from the scene following the shooting, crashed a short distance away and fled along with other occupants. An officer who was searching the area later encountered Pretlow about 3 p.m. Pretlow pointed a gun at the officer, who fired shots. Pretlow was not hit and fled into a wooded area. He was taken into custody by U.S. Marshals about 11:30 p.m.

The shooting happened near Shiloh Middle School, about 25 miles (40 kilometers) northeast of Atlanta. At least one officer returned fire.